Kanye West and his wife Kim Kardashian West trod the red carpet at the 2015 TIME 100 gala in New York City on Tuesday — and nearly on Amy Schumer, who took a dive before the celebrity couple.

The comedian and actress, whose Comedy Central show Inside Amy Schumer returns for a new series Tuesday, was caught on camera prostrating herself at the feet of her fellow TIME 100 honorees. “I saw them and said to my publicist, ‘Can I pretend to fall?’ and she said, ‘I can’t stop you,” Schumer told TIME about the stunt.

Schumer, who answered “Malala [Yousafzai]” with no hesitation when asked who the most “bangable” person on the TIME 100 was, counts herself as a huge West fan — “Blood on the Leaves” is her favorite song of the past five years. West performed the song and several others during the star-studded gala Tuesday, which celebrates TIME’s annual list of the 100 most influential people in the world. 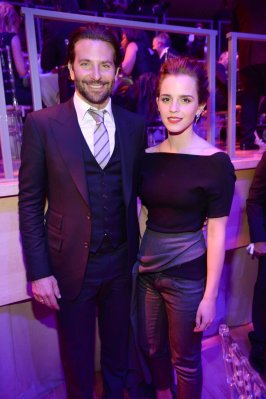