Attention, aspiring movie directors. The blockbuster auteur Christopher Nolan has revealed how he staves off writer’s block when working on a new project.

“I do a lot of walking,” said the Interstellar director, revealing he had recently started work on an as-yet-untitled new project.

The director, who attended the TIME 100 Gala in New York City on Tuesday after being named one of the world’s 100 most influential people, told TIME about his process for writing — putting pen to paper for a couple of hours in the morning, and then returning to his draft in the evening.

And when he’s running low on ideas? “I tend to just need to travel to new places,” he said.

The Dark Knight Rises director, whose tribute was penned by frequent collaborator Michael Caine, said he was sad to discover one of his fellow honorees wasn’t in attendance. “I was hoping to meet Putin,” he said.

Sadly, that particular dark knight was unable to make the event this year. 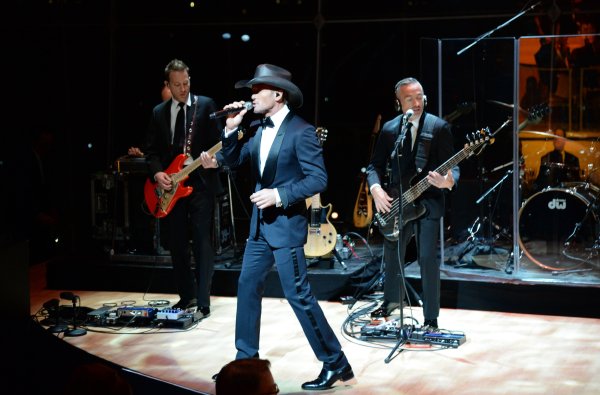