Congressman Proposes Putting a Woman's Face on the $20 Bill

The push to put a woman’s face on American currency got a bump Tuesday from a Congressman in Illinois.

Representative Luis Gutiérrez, a Democrat, introduced a bill calling for a woman’s portrait to appear on the $20 bill. The “Put a Woman on the Twenty Act” would direct the Treasury Secretary to convene a special commission that would ask the American public for their suggestions and then make recommendations on who would replace former President Andrew Jackson on the note.

“If this is a country that truly believes in equality,” Gutiérrez said in a statement, “it is time to put our money where our mouths are, literally, and express that sense of justice and fairness on the most widely used bill in circulation.”

The move comes in the wake of the viral Women on 20s campaign, which hosted an online poll of 15 potential faces to appear on the bills. Voters can now pick one of four women finalists: Harriet Tubman, Rosa Parks, Eleanor Roosevelt and Wilma Mankiller, the Cherokee Nation’s first female chief.

And it follows a comment on the matter from President Barack Obama, who, after a little girl asked in a letter to him why there weren’t any women on U.S. currency, said having female faces on American bills sounded like a “pretty good idea.”

“I’ll keep working to make sure you grow up in a country where women have the same opportunities as men, and I hope you’ll stay involved in issues that matter to you,” he said in a reply to her.

Read next: Read a 9-Year-Old’s Letter to Obama About Putting a Woman on U.S. Currency—and His Response 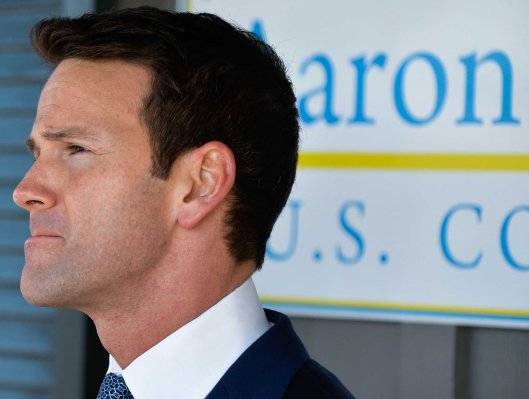