After months of simmering, backroom disagreements between the White House and the liberal, populist base of the Democratic Party about the issue of free trade, President Barack Obama went on the offensive Tuesday.

In an interview with MSNBC, Obama said Massachusetts Senator Elizabeth Warren and her supporters are “wrong” to think that the White House’s signature free-trade deal, the Trans-Pacific Partnership, would be bad for the American economy. The sweeping 12-nation accord, which would become the largest free-trade pact in U.S. history, would open up borders between the U.S. and 11 Pacific Rim countries, including Japan and Australia, and is supported by a wide variety of business groups and most Republicans.

“I love Elizabeth,” Obama told host Chris Matthews. “We’re allies on a whole host of issues. But she’s wrong on this.”

Warren, a longtime ally of the President and a populist hero in the liberal wing of the Democratic Party, has been a vocal opponent of the deal, which Congress is expected to vote on soon. Liberal groups and labor leaders have also publicly protested the deal on the grounds that it would exacerbate inequality and lead to fewer American jobs.

“U.S. Senator Elizabeth Warren is out there saying things like this about the trade agreement: ‘It’s going to help the rich get richer and leave everyone else behind,'” Matthews said to Obama. “She also says it challenges U.S. sovereignty.”

“They are throwing the kitchen sink at this trade agreement which will involve 11 nations and ourselves on the Pacific Rim,” he continued. “Why are they saying these things?”

“Chris, think about it,” Obama responded. “I’ve spent the last 6½ years yanking this economy out of the worst recession since the Great Depression. Every single thing I’ve done from the Affordable Care Act to pushing to raise the minimum wage to making sure that young people are able to go to college and get good job training to what we’re pushing now in terms of sick pay leave … Everything I do has been focused on how do we make sure the middle class is getting a fair deal. Now I would not be doing this trade deal if I did not think it was good for the middle class.”

“And when you hear folks make a lot of suggestions about how bad this trade deal is,” the President continued, “when you dig into the facts, they are wrong.”

The full interview will air on MSNBC’s Hardball at 7 p.m. E.T. 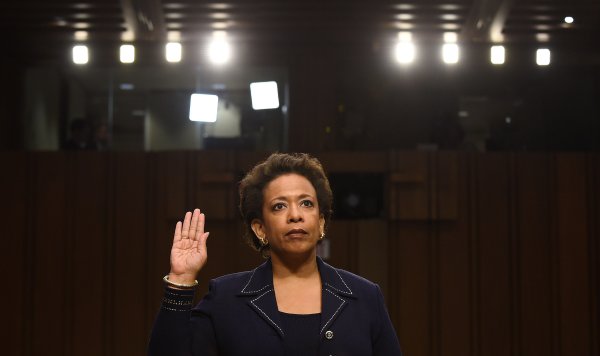 Long Wait for Attorney General Nominee Will Soon Be Over
Next Up: Editor's Pick