Ignore the Noise in Washington and Tehran. An Iran Nuclear Deal Is Still Likely

In his first public comments after the U.S. and Iran settled on a nuclear framework agreement, Iran’s Supreme Leader Ayatollah Khamenei pulled no punches: “The whole problem comes now that the details should be discussed, because the other side is stubborn, difficult to deal with, breaks promises and is a backstabber.”

Critics quickly pointed to the statement as proof that hopes for a final deal are evaporating. But the Ayatollah’s combative words don’t move the needle on whether we’ll get a final deal by the June 30 deadline.

Khamenei is posturing for two separate audiences. His hardline supporters in Iran could undermine his political authority if they believe he is capitulating to the West. The Ayatollah needs to placate this group while his negotiators, led by Iranian Foreign Minister Mohammad Javad Zarif, hammer out a deal behind closed doors. His second audience is the Western negotiators with whom he is trying to drive a hard bargain. Khamenei’s comments put more pressure on them, and sends a signal to his own negotiators not to cede ground.

But Khamenei authorized Iran’s president to appoint negotiators to work out a deal. The Supreme Leader has praised those negotiators via Twitter. The talks couldn’t have progressed this far if Khamenei wasn’t serious about getting a deal done to escape Western sanctions.

In fact, American detractors of the potential deal are engaging in a very similar form of theater. U.S. politicians want to score political points as much as their Iranian counterparts do: congressional Republicans and GOP presidential hopefuls are badmouthing the deal to ding President Obama and gain traction on the biggest global issue of the day. But the reality is that it will be impossible for Republicans to peel off enough Democrats to reach a veto-proof majority and overturn a final deal. The international community favors an Iran deal, and the American public is wary of undertaking military actions that could lead to another Middle East war.

A final deal between the U.S. and Iran remains more likely than not, but it’s not vitriolic tweets that threaten it most—it’s the remaining sticking points between the two sides. How much enriched uranium would Iran be allowed to stockpile? How much will a deal limit nuclear research using advanced machines? At what pace and in what sequence will the West lift sanctions while Iran carries out its end of the bargain?

These are critical and complex questions, but both sides know that they exist, and nothing that has been said from the sidelines in Tehran or Washington has changed that.

Yet even if the U.S. and Iran manage to agree on a final deal, the negotiations won’t end. The devil lies in the details of implementation. What happens if the U.S. discovers in four or five years that Iran is cheating, hiding nuclear weapons work from inspectors? How feasible will it be to punish Iran for undermining a deal, especially once sanctions are peeled back and Iran emerges from international isolation?

Reaching a deal is one thing. Making sure it doesn’t unravel is something else—and something that may be even tougher. 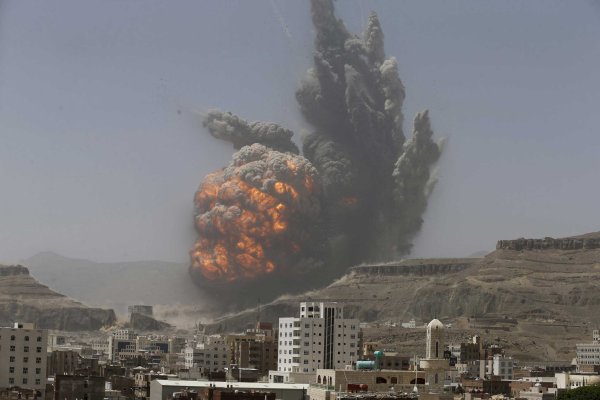 Iran's Foreign Minister Urges Talks With West on Yemen
Next Up: Editor's Pick