You Asked: Should I Use Antibacterial Soap?

Whoever said “cleanliness is next to godliness” would think pretty highly of modern-day America. Never before has a population so committed itself to rubbing, scrubbing, sterilizing and disinfecting itself from the grit and grime of the natural world. And for good reason: global trade and travel have allowed viruses to hop from country to country via innocent workers and tourists.

But while our zeal for cleaning is well-intentioned, our efforts are often misguided. In the case of antibacterials, we may be doing ourselves harm.

“Somehow, through marketing or misinformation, we’ve been led to believe that if we get rid of bacteria, we’ll improve our lives and our health,” says Dr. Martin Blaser, director of the Human Microbiome Program at New York University and author of Missing Microbes: How the Overuse of Antibiotics Is Fueling Our Modern Plagues. “In fact the opposite is probably true.”

Microbiologists are fond of pointing out that your body contains more bacteria than anything else; microorganisms populate your skin and gut by the trillions. “We live in a bacterial world,” Blaser says. “And the vast majority of those bacteria are neutral or beneficial. Very few are harmful.”

While much of his research has focused on the dangers associated with antibiotic drugs, Blaser is also concerned about the use of bacteria-killers in the home, especially where infants and children are concerned. “Early life is a critical time to build immunity and metabolism and cognition,” he says. “There’s more and more evidence that bacteria are a part of that development.” Remove some bacteria, and its possible you could be upsetting or altering that development in unpredictable ways.

There could be other consequences. “We’re seeing a greater number of antibiotic-resistant microorganisms over the periods these products have been around,” says Dr. Allison Aiello, an epidemiologist at the Gillings School of Public Health at the University of North Carolina. Aiello says there are known factors, such as antibiotic use in humans and animals, that have led to this uptick. But antimicrobial soaps containing triclosan may also be contributing to the appearance of these heartier organisms outside of healthcare settings, she says.

MORE: Antibiotic-Resistant Bacteria Are Now In Every Part of the World

At this point, there are still many gaps in the data on anti-microbial chemicals. But Aiello says various forms of triclosan—the chemical found in antibacterial hand soaps and body washes—may actually encourage the spread and strength of some bacteria by killing off others. She says there’s also some concern these chemicals may interact with human hormones in damaging ways. Those concerns led the state of Minnesota to ban triclosan from cleaning and personal care products.

“The potential risks definitely outweigh the benefits, which are none,” Aiello says.

You read that right. To date there is no evidence that washing and scrubbing your body and home with antibacterial products does any good.

One study split 1,000 households into two groups. While one of those groups received antibacterial cleaning products, the other got plain soap. Neither the researchers nor the participants knew which type of cleaner they were using.

“In terms of infection rates and sickness, we found absolutely no difference between antibacterial soap and regular soap,” says Dr. Elaine Larson, first author of that household study and director of the Center for Interdisciplinary Research on Antimicrobial Resistance at Columbia University.

Larson—working with Aiello—has reviewed dozens more research efforts that looked into the efficacy of antibacterials. Again, she and her colleagues found no benefit.

This doesn’t mean cleaning is unimportant, she says. Rather, the mechanical force—the act of rubbing your hands together under hot water, or scrubbing a cutting board with a brush—is what dislodges and cleans away harmful microbes; “The idea that soap kills germs is a misconception,” she says. “Soap just helps you wash germs off.” Regardless of the type of soap you’re using, Larson says “the rub is more important.”

Of course, there are times when true sanitization is necessary, Larson says. A doctor performing surgery is one of those times. People who have weakened immune systems may also require special consideration. But even in those circumstances, Larson says an alcohol-based sanitizer—not antibacterial soap—is needed to wipe out potentially harmful germs.

“This mythology has developed that we can sterilize the world, and that that’s a good thing,” Blaser says. “But the question should be, what’s the benefit? With many antibacterials, there isn’t one.” 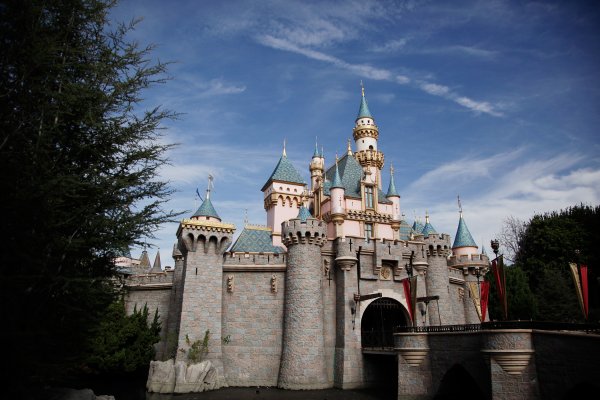 California Measles Outbreak Is Over, Health Officials Say
Next Up: Editor's Pick