A massive landslide moving like molasses downed trees and power lines before inching across a road in Russia earlier this month, and the whole incident was caught on video.

The landslide occurred near Novokuznetsk, which is east of the Ural Mountains, according to National Geographic. In the four-minute video, a mixture of soil and rocks moves with slow but deliberate force across the Russian landscape, dragging down everything that comes in its path. No one was hurt.

The disaster was caused by a collapse of waste material at a nearby coal mine, a coal industry official told local Russian media. Mines can be a common trigger for landslides worldwide. 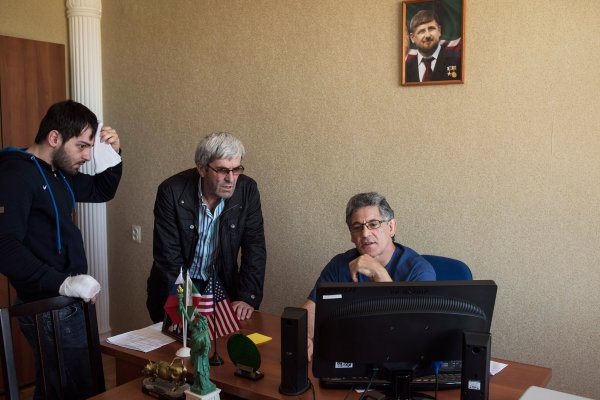 How Tsarnaev Hurt Chechnya
Next Up: Editor's Pick