Netflix, Full House, and the Temptations of Nostalgia

If the folks at Netflix watch Netflix, last December they might have seen a chilling episode of the British sci-fi series Black Mirror, titled “Be Right Back,” a kind of high-tech version of the short story “The Monkey’s Paw.” After her significant other is killed in an accident, a young woman hears about a tech startup that promises to bring him back–an artificially intelligent simulacrum, anyway–first as a smartphone app, then as a clone. The imitation is perfect, practically perfect, almost perfect–so tantalizingly close to perfect that it’s maddening, because in the end, she can never get past the fact that it’s not him.

Maybe the higher-ups at Netflix skipped that episode, or didn’t really take it to heart, because we’ve just got the official announcement that it is bringing back the sitcom Full House for a full season. John Stamos will be back as Uncle Jesse. D.J. will be a pregnant new widow. You will be young again, safe and loved.

During the long, rich life that Full House lived on ABC, it was not a good show. But it was a well-loved show, and that was enough to bring it back, because that’s what we do now. We’re getting a new X-Files. We have a new Odd Couple. We may be getting more Arrested Development, and possibly another Twin Peaks, depending how things shake out after David Lynch’s departure. Networks are trying to revive The Muppet Show, Coach, Uncle Buck, and Duck Tales.

Everything you loved once is coming back! Did you have a beloved dog who died when you were a kid? Expect to hear a scratching noise at your back door soon.

Over at HitFix, Dan Fienberg says that if there’s a mania for reboots now, it’s because networks, and their new non-reboots, are failing us: “something is missing in today’s TV landscape that causes a certain probably large group of viewers to yearn only for the pablum of their youth and I blame TV networks, not those viewers.”

I think he has part of a point. A good, original family sitcom might appeal to what Full House fans are missing, and it might recapture some of them. But there’s one thing it will never have that Full House did: you, in your Ninja Turtles pajamas, happy and laughing with your whole life ahead of you.

That’s nostalgia. That’s nothing new. What’s new is having the outlets and the resources to enable it. The reboot craze is a new iteration of the old impulse to program what focus groups say they want to see. And increasingly, as more past TV is available on streaming, what they want to see is their own past.

I don’t want to pick on Netflix alone here, because it’s also the TV networks doing this. But Netflix has a particular ability to weaponize this nostalgic impulse. With the granular data it has on who watches exactly what, and how much, it can microtarget shows that are ripe for revival, becoming a kind of TV Lourdes where the dead are brought back to life, if you vote for it with your eyeballs.

And hey, why shouldn’t people get what they want? Why be a hater? It may seem sad to me, but I don’t have to watch. (Though I will in fact totally watch a new X-Files.) I don’t know if any given reboot will be good or not; even if it’s terrible, that will make the original no better or worse in retrospect.

The problem is the millions of dollars, the creative energy, the airtime that’s not spent on something else, something new. Great TV shows–including Twin Peaks and The Muppet Show–were not devised by algorithm. The danger of all this revivalism is that the shows could work, just well enough. Making a reboot could be the most foolproof way of putting on a show with a built-in audience, but one whose highest upside will always be less than the original.

That’s the problem with making TV shows based on what you already know your viewers once liked. You guarantee you will never make the next thing that they’ll love.

Read next: Do We Really Need a Full House Reboot? 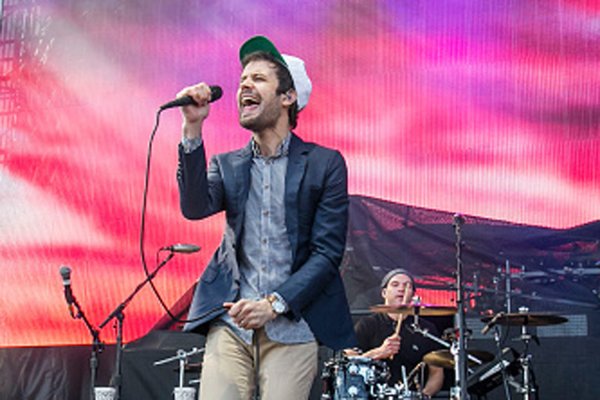