The Apple Watch is set to ship today, and assuming you’re one of the lucky buyers actually getting their new wearable sometime soon, you’re probably on the hunt for some new apps.

While truly native third party Apple Watch apps aren’t coming until later this year, there are plenty of Apple Watch apps worth downloading right away. The five apps below are a great place to get started, performing functions that actually make sense for a smartwatch:

Car-hailing service Uber’s Apple Watch app makes it dead simple to request a pickup where you’re currently standing, which feels very James Bond — assuming Bond needed a ride home from the bar for some reason. Currently, the app defaults to the kind of Uber you’ve got selected on your iPhone (UberX, UberBLACK, UberT and so on).

The best weather app for iOS is just as fantastic on the Apple Watch. When you’re out on the town and it’s about to rain on your parade, Dark Sky will send you gentle notifications that it’s time to get indoors — or find an umbrella, at least. Dark Sky also gives you more in-depth forecast information when you’re planning your wardrobe for the day.

Once you buy movie tickets online or with Fandango’s iPhone app, they’ll appear on your Apple Watch with a scannable code all set for showtime — just flash your wrist, and you’re in. See ya, paper stubs.

No more fumbling around your pocket for your phone in hopes you load up Shazam’s music-IDing app before you miss that catchy-but-unidentifiable song. Just let your Apple Watch do the listening for you.

Check your flight status and load up your boarding pass right on your Apple Watch with JetBlue’s app. Plenty of other airlines are boasting similar features, including Delta, American Airlines, WestJet and more.

Craving a venti two-pump vanilla non-fat extra-whip latte? Starbucks’ Apple Watch app lets you find the nearest stores as well as pay for your order via Passbook (Starbucks doesn’t support Apple Pay). You can also see if you’ve got any spending rewards ready to go.

RunKeeper’s Apple Watch app will let you track your runs while leaving your iPhone at home (unless you want GPS tracking). It’s not clear if RunKeeper will be more useful than the Apple Watch’s built-in fitness apps, but it does boast a feature that blocks all incoming notifications while you’re out on a jog. 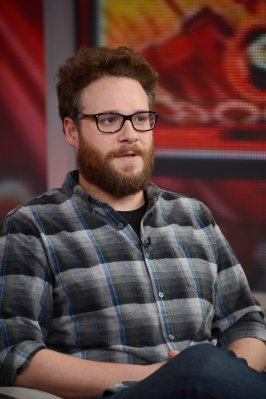 Seth Rogen Says He Wants a Free Apple Watch
Next Up: Editor's Pick