How Not To Fall Asleep on the Job and Get Stuck in a Plane: A Tutorial

Are you feeling tired today? Who isn’t? But common as it is, fatigue can become a serious professional liability, as a baggage handler discovered in dramatic fashion last week. While loading suitcases on an Alaska Airlines jet, he fell asleep in the plane’s cargo hold — and woke up once the plane was aloft.

Realizing his predicament, he called 911 on his cell phone. “I’m inside a plane, and I feel like it’s moving in the air,” he told the emergency operator. “Flight 448. Can you please have somebody stop it?” After the call ended, he resorted to banging and yelling. This got the attention of the plane’s crew, which turned the plane around for an emergency landing.

No one was injured in the incident (though the employee, whose name has not been disclosed, has been banned from working for Alaska Airlines in the future). However, research on worker fatigue suggests that all of us who travel may be at risk when airline employees don’t get enough sleep. An experiment carried out by researchers from the University of Pennsylvania and the U.S. Department of Homeland Security found that study subjects acting as luggage screeners, inspecting simulated x-rays of suitcases, were less likely to spot a gun or a knife stowed in the baggage as they became progressively more tired. After 16 hours of wakefulness, the researchers found, the screeners’ ability to spot the weapons “deteriorated quickly.”

The work of other kinds of transportation employees is affected by fatigue as well. According to a 2012 survey by the National Sleep Foundation, about a quarter of pilots and train operators admit that sleepiness affects their job performance at least once a week. But transportation workers aren’t the only ones: Many of us need to get more and better sleep in order to be smarter in our everyday lives. In fact, 45% of Americans say that poor or insufficient sleep affected their daily activities at least once in the past seven days, the foundation reports. Even mild sleep deprivation has distinct effects on our cognition: It impairs attention, memory, and decision-making.

So don’t wait until you fall asleep on the job to make a change: In order to think better tomorrow, go to bed a bit earlier tonight.

Read more about the science of why we’re stupid and why we’re smart at The Brilliant Blog. 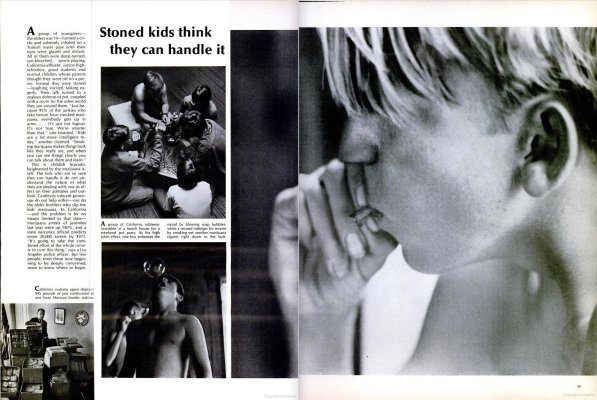 What the Panic Over Pot Looked Like in 1967
Next Up: Editor's Pick