A Bishop's Resignation Puts All Eyes on Chile

Bishop Robert Finn of the Diocese of Kansas City-St. Joseph appears during a bench trial Sept. 6, 2012 at the Jackson County Courthouse in Kansas City, Mo.
Tammy Ljungblad—AP
By Elizabeth Dias

The Vatican’s announcement that Pope Francis accepted the resignation of Bishop Robert Finn of Kansas City, Missouri, was just one line, released in Tuesday’s daily press bulletin. The only reason given was a provision of canon law that allows bishops to resign early due to illness or another grave cause. But everybody knew the real punch: this was the first time a pope took public action against a priest who covered up sexual abuse.

Today’s Francis fever and sky-high favorability ratings makes it easy to forget just how deeply the story of priestly sexual abuse has defined the Catholic Church in recent decades. The legacy of the scandals in the United States alone is beyond weighty — a 2004 USCCB report detailed the severity of the crisis nationwide — more than 4,000 priests faced more than 10,000 allegations of child sexual abuse from 1950-2002, with half the alleged victims between the ages of 11-14. Dioceses have shelled out millions, and in some cases hundreds of millions, of dollars to settle cases.

For many victims and Vatican watchers, Tuesday’s announcement was a long time in coming, especially since Francis made it clear from the beginning that his papacy would have a zero-tolerance policy. In February 2014, Catholics petitioned Pope Francis to take disciplinary action against Finn. Pope Francis launched an investigation into Finn in September, and in November, Cardinal Sean O’Malley of Boston, who leads the Church sex abuse commission, said that the Vatican needed to “urgently” address Finn’s case. This past weekend, Irish abuse survivor and member of the sex abuse commission Marie Collins told the Catholic news site Crux, “I cannot understand how Bishop Finn is still in position, when anyone else with a conviction that he has could not run a Sunday school in a parish. He wouldn’t pass a background check.”

It is one thing for Francis to accept the resignation of a bishop who mishandled abuse allegations. It is another for him to appoint and defend one who has long been associated with similar scandal. Protests erupted in January when Francis announced he was appointing Bishop Juan Barros to lead a Chilean diocese. Barros has long been accused of covering up the sexual abuse committed by his mentor, Rev. Fernando Karadima, whom the Vatican found guilty of in 2011. Members of the sex abuse commission have been speaking out in concern in this case as well. “It goes completely against what he (Francis) has said in the past about those who protect abusers,” Collins told the AP last month. “The voice of the survivors is being ignored.”

The Vatican made clear its position on the Barros appointment three weeks ago in another one-sentence statement: “The Congregation for Bishops carefully examined the prelate’s candidature and did not find objective reasons to preclude the appointment.”

The lesson of Kansas City is that the Vatican takes covering up abuse seriously. Chile is the next test. 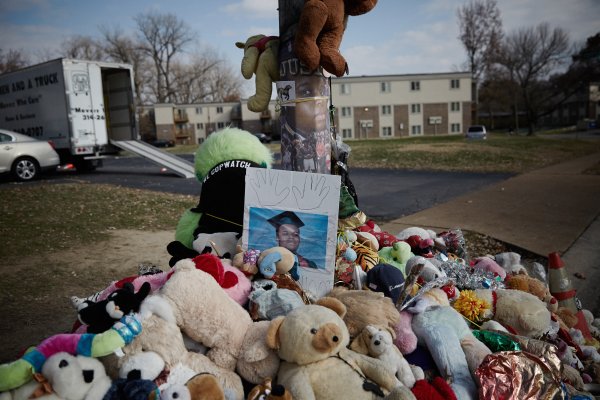