North Korean state media released a collection of celebratory images of leader Kim Jong Un at the summit of the country’s highest peak.

The state-run Rodong newspaper reported that Kim climbed Mt. Paektu on Saturday with a group of fighter pilots and other party and military leaders.

The country’s media is keen on portraying the supreme leader—a member of this year’s TIME 100—in action, such as when video surfaced of him flying a small plane.

North Korean propaganda says Mt. Paektu, which rises some 9,000 feet, was the birthplace of Kim Jong Il, the current leader’s father — though historians say he was actually born in Soviet Russia.

“When one climbs snow-stormy Mt. Paektu and undergoes the blizzards over it, one can experience its real spirit and harden the resolution to accomplish the Korean revolution,” the Rodong report said. “Climbing Mt. Paektu provides precious mental pabulum more powerful than any kind of nuclear weapon and it is the way for carrying forward the revolutionary traditions of Paektu and giving steady continuity to the glorious Korean revolution.” 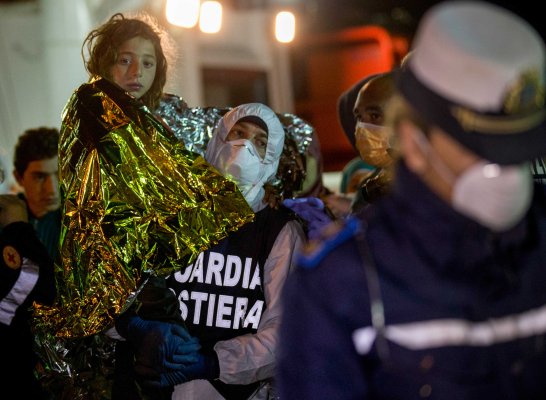 More Migrants Saved From Drowning as E.U. Tries to Act
Next Up: Editor's Pick