OPEC says the demand for oil – its oil – will rise during 2015 because the cartel is winning its price war against U.S. shale producers by driving them out of business.

“Higher global refinery runs, driven by increased [summer] seasonal demand, along with the improvement in refinery margins, are likely to increase demand for crude oil over the coming months,” the cartel said in its Monthly Market Report, issued, April 16.

OPEC forecasts demand at an average of 29.27 million barrels per day in the first quarter 2015, a rise of 80,000 bpd from its previous prediction made in its March report. At the same time, it said, the cartel’s own total output will increase by only 680,000 barrels per day, less than the previous expectation of 850,000 barrels per day, due to lower U.S. and other non-OPEC production.

Read more: Latest EIA Predictions Should Be Taken With More Than A Pinch Of Salt

The United States appears to have been OPEC’s chief target when, at its November meeting in Vienna, its members, under Saudi leadership, agreed to maintain production at 30 million barrels per day despite falling prices caused by an oversupply of oil.

Average global oil prices began plunging in late June 2014 from more than $110 per barrel to a low of around $50 in January. They’ve now settled to around $60, and Laurence Fink, the CEO of Black Rock, the world’s largest asset manager, said in an interview April 16 on CNBC that the price of a barrel of oil probably would go no lower than $60 this year, but also rise no higher than $80.

The initial oversupply came mostly from a boom in U.S. shale production, which was turning Americans from OPEC’s biggest customer into a competitor. But shale oil extraction requires hydraulic fracturing, or fracking, which is more expensive than conventional drilling and isn’t profitable if the price of oil falls below a threshold of about $60 per barrel.

Read more: Could The World Cope With Almost Limitless Energy?

The U.S. producers are beginning to feel that price pinch, the OPEC report said, quoting data gathered by Baker Hughes, the large US oilfield services company, that the oil rig count in the United States fell by 238 in March, leaving a total of only 1,110 rigs operating in the country as of March 15. It also pointed to a declining number of drilling permits.

As a result, OPEC said, it expects that U.S. supplies of oil will increase to around 13.65 million barrels a day in this year’s second quarter, but then flatten and begin to turn down for the rest of the 2015. This applies to Canadian production as well. “U.S. tight oil and Canadian oil sands output are expected to see lower growth following the recent strong declines in rig counts,” the report said.

Read more: Why It Won’t Matter If Oil Prices Rebound

On other subjects, OPEC produced 30.79 million barrels of oil per day in March, 800,000 more barrels than in February, the report said, citing not its own members but independent sources including industry sources, oil analysts and shippers. It said this increase can be attributed to Saudi Arabia, which increased its output, as well as strong production in Iraq and increased production in war-torn Libya.

As for global demand for OPEC’s own crude oil, the report said it would rise only marginally to an average level of about 29.3 million barrels a day this year. “Almost two thirds of 2015 oil demand growth is seen coming from China, Other Asia [Indonesia, Malaysia, the Philippines and Thailand] and the Middle East,” the report said. 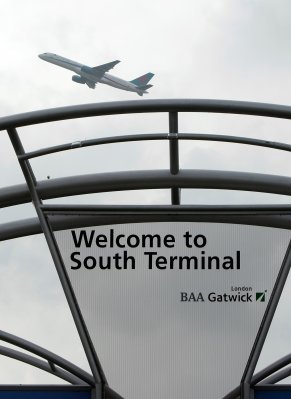 100 Billion Barrels of Oil Below Gatwick? Maybe Not
Next Up: Editor's Pick