More Than Two Environmental Activists Were Killed Each Week in 2014

Diana Rios Rengifo, the daughter of one of the four indigenous Ashéninka leaders murdered in the Peruvian Amazon in early September, speaks during a ceremony in New York on Nov. 17, 2014
Jewel Samad—AFP/Getty Images
By David Stout

The killing of environmental activists jumped by 20% in 2014, with at least 116 deaths around the world tied to disputes involving land and natural resources, the London-based advocacy organization Global Witness claimed this week.

“[That’s] almost double the number of journalists killed in the same period,” its report said. “Disputes over the ownership, control and use of land was an underlying factor in killings of environmental and land defenders in nearly all documented cases.”

According to How Many More?, the majority of deaths took place in Central and South America; Brazil topped the list with 29 cases followed by Colombia with 25.

Global Witness dubbed Honduras as “the most dangerous country per capita to be an environmental activist,” where during the past five years 101 individuals have been killed in relation to their advocacy work.

The organization urged governments across the globe to take bolder measures to tackle the issue ahead of the U.N. Climate Change Conference that will be held in Paris later this year.

“Environmental and land defenders are often on the frontlines of efforts to address the climate crisis and are critical to success,” said the report. “Unless governments do more to protect these activists, any words agreed in Paris will ultimately ring hollow.” 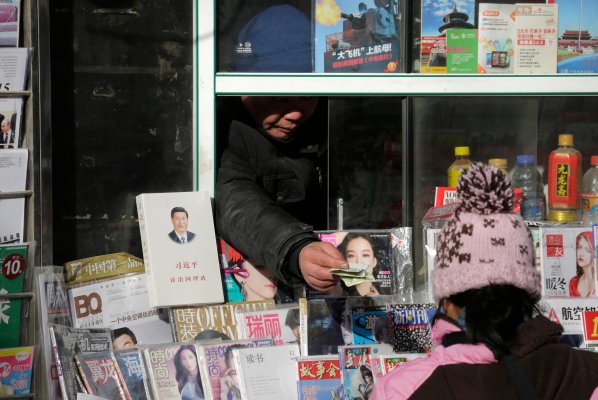 Is Chinese President Xi Jinping's Book of Speeches Really a Best Seller?
Next Up: Editor's Pick