Watch John Oliver Get Martin Sheen to Do a Doomsday Video

A few months ago it was revealed that CNN had made a tape to be played in case of the end of the world. The news network’s doomsday video featured a marching band playing the religious dirge of a song “Nearer, My God, to Thee,” a tune that was reportedly played on the Titanic when (spoiler alert) it sank.

Last Week Tonight host John Oliver was convinced that “French-Canadian space mermaid” Celine Dion’s heartfelt ode “My Heart Will Go On” was the last song heard on the Titanic and when he learned that was not the case, he decided to take matters into his own hands and improve CNN’s video for them.

“Hello, I’m Martin Sheen,” the video begins, “and I’m afraid if you are watching this the End Times are upon us. Whether because of war, disease or a genetically modified dinosaur, our world is now only moments away from total annihilation.” The video, posted above, goes on to celebrate the greatest things about humanity’s time on earth. Like, oh, shark tunnels and Segways. 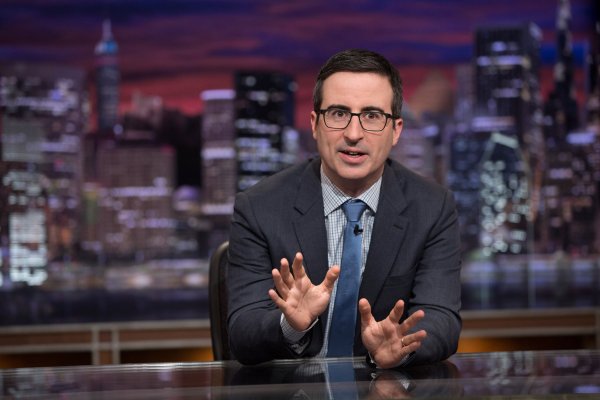 450 Billion Reasons Why John Oliver Is Right About the IRS
Next Up: Editor's Pick