What You Need to Know About the E.U.'s Refugee Crisis

At least 700, but perhaps as many as 950, refugees are feared dead after a boat capsized off the coast of Libya on Sunday.

The disaster is merely the latest in such deadly incidents in the Mediterranean Sea, and has prompted much criticism and soul-searching over Europe’s response to the the waves of people fleeing poor and war-torn countries in Africa. Here is some of the background to the developing crisis:

Who are the migrants attempting to cross the Mediterranean Sea?

Although it is still unclear exactly which countries the migrants feared dead in Sunday’s disaster hail from, refugees being transported across the Mediterranean Sea by smugglers come mostly from North African and West Asian countries like Yemen, Nigeria, Gambia, Syria and Libya, to name a few. Some come from even further afield, however. One of the 28 survivors of the vessel that capsized on Sunday — who reportedly told authorities that the boat was carrying 950 people — was from Bangladesh.

Where are they going and why?

Most people attempting the perilous crossing are fleeing poverty or violent conflict in their native countries and are attempting to reach Europe, where they seek asylum and better employment opportunities. Countries like Spain, Greece, Italy and the small island nation of Malta are common destinations. The vessel on Sunday capsized off the coast of Libya near the island of Lampedusa, Italy’s southernmost landmass, which is about 127 miles from Sicily and 109 miles from Malta.

How did the boat capsize?

Italian authorities received an emergency call on Saturday night about a boat bearing migrants 70 miles off the Libyan coast, the New York Times reported, and ordered the closest commercial vessel — Portuguese freighter King Jacob — to make contact and wait for rescue ships to arrive. The migrants on board rushed to one side of the boat on glimpsing the freighter in order to signal it, overturning it in the process. The Bangladeshi survivor told Italian authorities that the smugglers had locked about 300 others in the boat’s hold, but his account could not be confirmed.

Yes. The influx of refugees into Europe, particularly Italy, has increased dramatically in recent months. Some 170,100 refugees arrived in Italy in 2014, according to the United Nations’ refugee agency UNHCR, and the International Organization for Migration estimates that 21, 191 migrants reached the country this year as of April 17 — over 10,000 within the past week.

Fatalities during the perilous journey have risen dramatically during the same period, with an estimated 3,500 deaths in 2014. Sunday’s disaster, if the deaths are confirmed, will be the region’s worst ever and will take the total death toll this year above 1,500. About 1,100 of those will have died last week alone, with another 400 migrants believed to have drowned off the Libyan coast in a separate incident last Monday. Other horror stories from the past week include the rescue of burn victims from a rubber raft (smugglers reportedly didn’t allow them to get treatment after a gas cylinder exploded before their departure in Libya) and reports of Muslim refugees tossing Christian refugees overboard.

What are European countries doing about the issue?

Sunday’s incident has prompted a wave of criticism against the E.U., with experts as well as national leaders across the continent accusing the E.U. of mishandling the issue of refugees crossing the Mediterranean. “This disaster confirms how urgent it is to restore a robust rescue-at-sea operation and establish credible legal avenues to reach Europe,” Antonio Guterres, United Nations High Commissioner for Refugees, said in a statement. Heads of state stressed the need to tackle the root causes of human trafficking in countries like Libya, with Italian Prime Minister Matteo Renzi calling it a “plague in our continent” and French President Francois Hollande urging the E.U. to provide “more boats, more over-flights and a more intense battle against people trafficking.”

The Triton program, Europe’s effort to rescue and rehabilitate migrants, is being slammed as inadequate, ineffective and underfunded in comparison to its predecessor, Italy’s Mare Nostrum program. Mare Nostrum, which reportedly had a budget of nearly $10 million compared to Triton’s $3.2 million, was shut down late last year amid claims that it encouraged more refugees to seek passage to Europe.

The issue will be discussed in Luxembourg on Monday when the E.U. Foreign Affairs Council meets, according to High Representative for Foreign Affairs Federica Mogherini.

“The world needs to react with the conviction with which it eliminated piracy off the coast of Somalia a few years ago,” said IOM Director General William Lacy Swing, advocating a reinstatement of a program on the scale of Mare Nostrum. “All of us, especially the E.U. and the world’s powers, can no longer sit on the sidelines watching while this tragedy unfolds in slow motion.”

What happens to the migrants after they arrive?

Every refugee is entitled to asylum in Europe under the Common European Asylum System, which sets out a framework for their protection and rehabilitation. However, several countries are unable to implement this framework effectively with the sudden and ever-increasing influx of illegal migrants. There have been allegations of mistreatment of asylum-seekers in the past, and measures to deal with the problem include a proposal to create offshore detention centers in so-called “third countries” like Morocco, Egypt and Tunisia. A large part of the effort is funded by the E.U.’s Asylum, Migration and Integration fund, which has set aside 3.137 billion euros for the period of 2014-2020.

Unfortunately, as this week’s events show, many perish before they can be even considered for asylum. 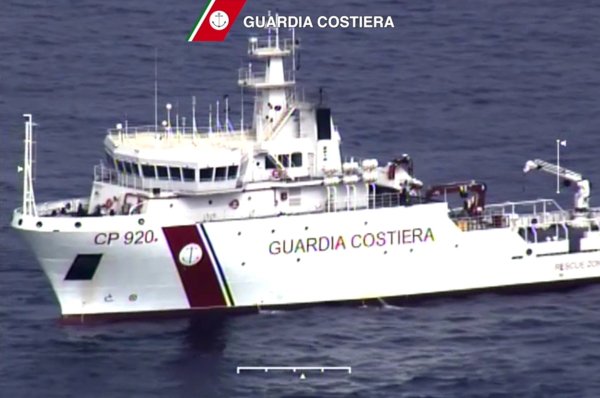