Man's Obituary Asks Mourners Not to Vote for Hillary Clinton

Nearly a week after a North Carolina man died, having lived a life passionate about politics, his family thought it best to include those views in his obituary.

Mourners of Larry Upright, who died at 81 on April 13, were urged not to cast their ballot for a specific candidate in next year’s presidential election: “The family respectfully asks that you do not vote for Hillary Clinton in 2016. R.I.P. Grandaddy.”

Upright repeatedly shared his negative opinion about Clinton, family members told WSOC-TV, but he didn’t come up with the idea to include the line about the presidential candidate in his obituary. “We know he’s up there giggling right now,” said Mike Upright, Larry’s son. “Just laughing out loud.” 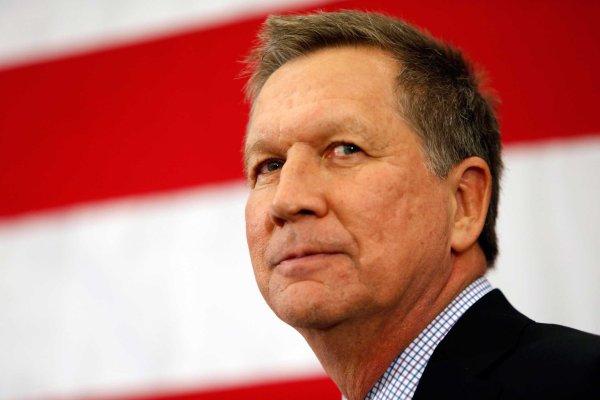 Ohio Gov. Flirts With Presidential Run in New Hampshire
Next Up: Editor's Pick