At first glance, Aydian Dowling looks like the average reader of Men’s Health magazine—and an excellent contender for the title’s annual cover contest. Besides his handsome, bearded face, he’s got a solid six-pack and plenty of cool tattoos.

But Dowling is actually on the cusp of marking a historic first for the magazine and for men like him. The 27-year-old proud transgender man is currently destroying the field of candidates in the reader’s choice portion of the contest.

“It’s crazy,” Dowling told People. “It’s phenomenal, the amount of support it’s gotten—how many people have re-Tweeted and re-blogged and re-posted and liked and shared and commented and voted.”

Read more: Meet the Transgender Teen Who’s One of the New Faces of Clean & Clear

Will he be the next Men’s Health “Ultimate Guy” cover star? Well, he is surpassing the No. 2 contender by more than 27,000 votes as of this writing. And he certainly fits the magazine’s criteria: “a guy who is fit and fearless, a doer who gives back and leads by example.”

Assigned female at birth, it took Dowling most of his life to come out as trans. From an early age, he identified as male, but faced criticism from the people around him. “I just wanted to act a certain way, but I was told that was not how girls act,” he told Men’s Health as part of their feature series on each of the contestants.

He came out as a lesbian during his teenage years, but it wasn’t until he was 21 that his then-girlfriend asked him: Have you ever wanted to be a boy?

At the time, Dowling didn’t want to be trans, he told Men’s Health. “I was scared, and I thought being a lesbian was hard enough.” But shortly after that question, he started to think about it. He began searching for information online about transitioning, according to The Daily Beast.

This was in 2009. Before Bruce Jenner announced he’d sit down with Diane Sawyer and before Laverne Cox (from Orange Is the New Black) was named one of TIME magazine’s most influential people. Dowling couldn’t find much of anything about being trans save for a clip from the Maury Show in which a man revealed that he had transitioned from a woman. Still, “that little three-minute clip was life-changing,” Dowling told The Daily Beast.

He spent the next five years vlogging about his own transition via his YouTube channel, which he still updates, now with advice for others going through the process.

Dowling lives in Eugene, Oregon, with his wife of three years, and stays busy selling and promoting his clothing company, Point 5cc, which offers free chest binders to trans men in need. (These garments are often worn my female-to-male transgender people to flatten their chests. They can be pricey, but they often curb the intense discomfort associated with gender dysphoria.) Each year, Point 5cc awards the Transgender Surgery Fund to a person pursuing a gender-confirming surgery.

On top of that, Dowling maintains another YouTube channel called BeefHeads Fitness, a collaborative page dedicated to bodybuilding and lifestyle tips for people who have transitioned from female to male.

“I started bodybuilding because I wanted my outer body to feel more masculine like my inner soul does, so I started training and it really just changed my whole life,” he told People. “I started to feel better. You’re forced in front of a mirror to make sure that you’re doing an exercise properly, and after five days a week in front of a mirror, you start to get used to your body. You start to appreciate it.”

Dowling started BeefHeads Fitness in the hopes that it would help others in the community feel more confident in their bodies. The feedback from the channel, along with encouragement from friends and family, pushed him to enter the Men’s Health cover competition.

“I want to break the stereotype of what a man should or shouldn’t be,” he said to People. “I think it would blow minds. I think it would be so affirming to young kids who are lost right now and depressed to see somebody on a magazine, to see if I can do it, they can do it too.”

If Dowling wins the overall competition, he would not only be the first transgender male to be featured on the cover of Men’s Health, but the first to ever appear on any major national magazine.

“Having a trans person on the cover would tell people that no matter who you are, you can be the man you want to be,” he told Men’s Health. “It’s fully possible if you put the time and effort and balance it takes to find the man in you.” 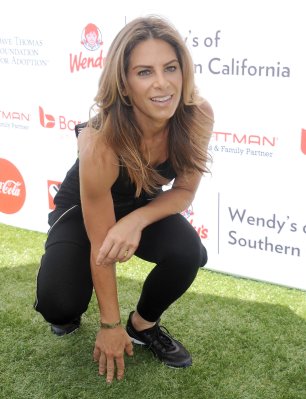