Hannah Murray’s two latest projects are both dramas, but they couldn’t feel more different. As Gilly on Season 4 of Game of Thrones, she plays a young Wildling mother sheltering at Castle Black, protected by the bumbling Sam. Meanwhile, she stars in Bridgend as a teen who arrives in the Welsh town where about a hundred young people have committed suicide in the last decade, a tragic and unexplained phenomenon. Though the movie is a fictional take on the crisis, it gives a glimpse at the eerie goings-on in a town where the behavior of young people have baffled and agonized their parents.

TIME caught up with the actress at the Tribeca Film Festival.

TIME: How did you get interested in doing Bridgend?

Murray: It was this weird, weird script that I couldn’t really wrap my head around. I hadn’t heard about the suicides before I got sent the project, and it didn’t say, “This is based on real events.” And then I mentioned it to a friend—I said, “Oh, I’m auditioning for this film,” and he said, “That’s about Bridgend.” I was slightly apprehensive. This is a very sensitive subject matter and I wouldn’t want to get involved in anything that wasn’t treating it sensibly or was trying to exploit it or do something edgy for the sake of it.

[Director Jeppe Rønde] was so demanding in the auditions, really tough. I could tell from reading the script, this needs to be really naturalistic, it needs to be minimal, but I didn’t know how far we were going to take it in that direction. I felt like I couldn’t give Jeppe what he wanted. Everything, he was like, “No, no, that’s too big, stop it. It’s too big, it’s too big, it’s too much.” So when I got offered the project I was really surprised.

So you didn’t know about the town before you got the script, but did you do much research after?

I did, quite a lot. I had never worked on anything before that was based on true events, so I did feel a real responsibility to know what I was dealing with. The way I generally like to approach research is you need to do loads, because you owe it to the reality—but then I think it can be quite important to soak up those facts, think about them beforehand and then forget about them. The way that my character enters that world, you can tell she hasn’t read the newspaper stories and she’s not judging it in any way.

I read that a movie about suicide had been banned in Bridgend before. Do you think this movie would be good for people in the town to see, or is it too much?

I don’t know. I don’t imagine there’s a blanket answer for that, I’m sure it’s different for different people. I know that Jeppe has said that the kids that he became friends with while he was researching really want it to come out, they really want to see it. Personally, I don’t believe in censorship and I don’t believe in taboos. I think it is important, as humans, that we grapple with things. Having said that, I would never want to force anyone who has had a personal connection with this tragedy to confront it.

I did a dissertation on ‘90s dramas, like Sarah Kane’s, when I was at university. I compared it with a lot of the ‘90s art, like the Young British Artists, which is very shocking. I remember someone did a portrait of Myra Hindley [the serial killer] and a lot of the families of the victims were saying, “This is appalling, it needs to be taken down.” And then a really insensitive thing—they invited them to come see the painting. I thought, I don’t think the painting should be banned, but I also don’t think you should be inviting people to come look at a portrait of the woman who murdered their children.

You’re also appearing on Game of Thrones right now. As of the beginning of the season, your character is still at Castle Black. Have you preferred shooting there or beyond the wall?

I think I do prefer being at Castle Black actually, just because the set is amazing. It’s so complete. There are times where if you’re standing in the right place, you can’t see any of the crew or any of the cameras, and you just see this fantasy world created in such beautiful detail. Whereas when I was beyond the wall, often we were in a forest. It looked beautiful, but I didn’t feel so immersed.

Do you have the same baby every time Gilly is holding her baby in a scene?

No, I don’t even have the same baby in one scene, it can be multiple babies. I remember saying to [creator] Dan Weiss once, “The babies all look so different,” and he said, “People never notice continuity with babies or horses.” But there are really strict rules about working with babies—I think they can only be on set for 10 or 20 minutes and then they have to have a break, they can do maybe three hours in total. We only use the babies in certain shots. I also have a prosthetic baby, which has been the same all the way through.

Yes! I look out for babies [in movies], and I remember that was one of the things I really thought was a flaw in that film, it’s so obviously a prosthetic baby. Our baby is so wrapped up that it’s easy to hide, but that baby was so on show as not-a-real-baby.

Are you and John Bradley, who plays Sam, good friends on set?

I’m really good friends with John, and I also have friends [on Thrones] who I was friends with before we started the show. I did Skins with Joe Dempsie [who plays Gendry]. My friend Jacob Anderson plays Grey Worm—we used to live together. We shared a flat with another actor. I think we were still living together when Jacob got the part, and I was so happy he was going to join.

Do you read the books or are you trying to avoid spoiling it for yourself?

I’ve had different policies on this. Originally I did read the books, and I read them as we did them. I thought I was going to keep with this policy, and then I realized that I love watching the show so much, so this year, I decided I wasn’t going to read the books anymore, and I also was going to try and not get people to tell me what happens.

My friend Nick Hoult really loves the show, and one time it was his birthday and I got drunk and told him a bunch of stuff. He was just like, “Why are you doing this to me on my birthday?” But because I was in the middle of shooting, I was so excited about things.

Are there people you most want to meet on the show who don’t come to Castle Black?

There’s so many incredible characters on the show that I may never get to [have a scene with]. Before season 4, they came up with that scene between Gilly and Ygritte, and Dan said, “You’re gonna have a scene with someone you never expected.” And I said, “You say that, but I know it’s not going to be Peter [Dinklage] or Emilia [Clarke], it’s gonna be someone Northern.” But getting to that scene was a great experience because I don’t get to work with other women very much. I think Emilia’s so fantastic. I think Lena is incredible. I thought Michelle Fairley’s performance was so incredible. I have a couple of scenes this year with another female character—but I think this show is so great for women and I would love to do more stuff. Gilly’s a character who knows so little, every person you put her with, it can be eye-opening to her. I think seeing her in context with other women would be very interesting. 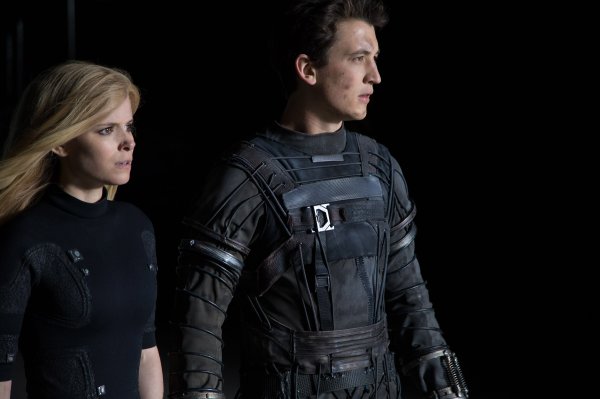