President Obama on Loretta Lynch Delay: 'This is Embarrassing'

The top U.S. prosecutor for the Eastern District of New York, in Brooklyn, Lynch was one of the few names on President Obama’s short list without close ties to the White House. If confirmed, she would be the first ­female African-American Attorney General.
Susan Walsh—AP
By Maya Rhodan

President Obama got impatient as he expressed his disappointment with Senate Republicans’ delay of Attorney General nominee Loretta Lynch’s confirmation.

Obama blasted the Senate’s “dysfunction” in failing to confirm Lynch, who is set to become the first black female Attorney General in the nation’s history. A career prosecutor from New York, Lynch has now waited twice as long for her confirmation as the last seven attorney general nominees combined.

Though Lynch received bipartisan support following her confirmation hearings earlier this year, the Senate has failed to bring a vote on her new position. In recent weeks, Senate Republicans have delayed a vote over an unrelated fight on abortion provisions in a bill aimed at providing aid to survivors of human trafficking.

On Thursday, Senate Minority Leader Harry Reid threatened to force a vote on the Lynch nomination.

On Friday, the President said he was outraged. “Call Loretta Lynch for a vote. Get her confirmed. Let her do her job,” Obama said. “This is embarrassing, a process like this.” 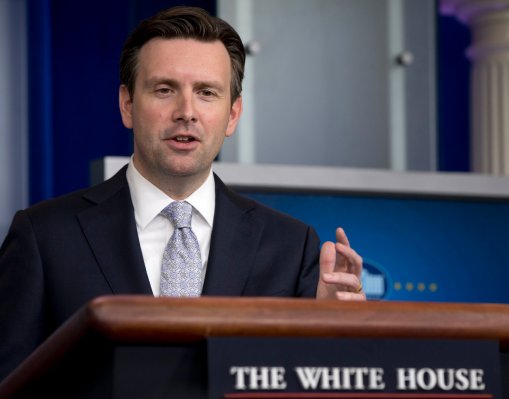