Why was it fair for ESPN to suspend reporter Britt McHenry after she went Dennis Quaid on a towing-company clerk on viral video? She gave the reason herself: “I’m on television.”

McHenry’s sole job, at its root, is to make people want to watch her on TV. To the extent that she followed “I’m on television” with “and you’re in a f*cking trailer” along with a string of other untelegenic, education- and body-shaming insults, she has herself to blame. As with Phil Robertson and many other instances of TV stars getting penalized for popping off, this isn’t a free speech issue. No one has a constitutional right to a TV job.

But also as in those other cases, it’s worth asking what exactly McHenry’s being punished for. For abusing a poorer, less famous employee? For doing it in such a way that we found out about it? Or for doing it on camera?

As someone raised by two hard-working parents, neither of whom went to college, McHenry’s “That’s why I have a degree and you don’t” classist attitude disgusts me. And I also know there’s plenty more of it in the world, not caught on camera. The more cameras are out there–in business, in our pockets, on elevators–the more bad celebrity behavior we’re eventually going to witness.

What less certain is whether the awareness that someone might be watching will make people behave better, or whether the frequency of meltdown videos will numb us to it. Let’s say you believe that anyone, like McHenry, who verbally lashes a service employee, or underling, or anyone in a lower power position, should be punished for it. Lets further assume that two or three–or a squintillion–powerful people have done the same thing, but off-camera.

If you could invent a magic device (like a video camera) that could reveal every such instance, would you want them all punished? Would you want the same to every nonfamous person who ever cursed out the cable-company operator? Or would the scale of it–there are a lot of jerks in the world–make it seem futile and ridiculous?

Maybe the knowledge that you never know when you might be caught on tape will lead some people to behave better. Occasionally, the power of example does some real good; Jonah Hill, for instance, was videotaped in 2014 yelling a homophobic slur, and it produced one of the few seemingly true, contrite and considered public celebrity apologies. He went through the now-familiar ritual of public shaming, came out of it with his career just fine, and hopefully he and maybe a few fans learned an actual lesson.

But the more meltdowns become public–not just celebrity ones, but increasing cable-TV fodder of amateur bad behavior–the more I wonder if they’ll become cautionary tales or just entertainment. It’s something we’ll have to work out, intentionally or gradually–will we define our standards of behavior up, or our ability to be shocked down? As McHenry reminded us, she’s on TV. But these days, who isn’t? 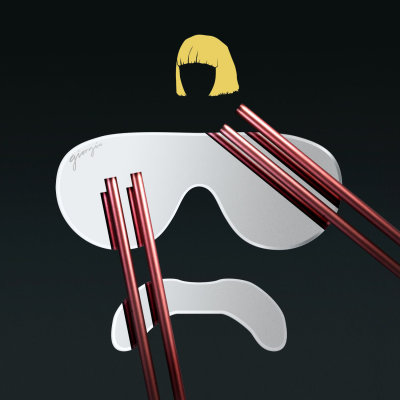