Former Maryland governor Martin O’Malley had some sharp words Thursday evening for Hillary Clinton, who in the first week of her campaign has taken a more liberal stance on same-sex marriage and immigration.

“I’m glad Secretary Clinton’s come around to the right positions on these issues,” said O’Malley, who will likely challenge Clinton for the Democratic nomination for President. “I believe that we are best as a party when we lead with our principles and not according to the polls.”

“Leadership is about making the right decision, and the best decision before sometimes it becomes entirely popular,” he continued.

Clinton has adopted a more populist tone than she has in the past during her recent tour this week to Iowa, where she made her first stops on the 2016 campaign trail.

Last year, Clinton said in an interview with NPR that she supports gay-marriage activism on a “state by state” basis; this week, her campaign announced Clinton supports a Supreme Court ruling that would grant same-sex couples a constitutional right to marry — a decision that would play out at the federal level.

MORE Could This Man Beat Hillary Clinton in Iowa?

And in 2007, Clinton said she opposed allowing undocumented immigrants to own driver’s licenses. This week her campaign announced she supports it.

O’Malley has trumpeted his past support for both those issues as governor of Maryland. He sponsored a same-sex-marriage bill in the state that passed in 2012 — among the first in the nation to be approved by voters — and signed a law in 2013 that allowed illegal immigrants to obtain driver’s licenses.

The former governor would run his campaign to the left of Clinton as a more progressive challenger. He currently registers as a blip in the polls but has greeted receptive audiences in Iowa and New Hampshire, where caucus-goers are eager for a more competitive race.

The likely candidate has begun criticizing Clinton as he begins laying the groundwork for his own likely campaign. In an interview late last month on ABC, O’Malley swiped at Clinton, saying that the “presidency of the United States is not some crown to be passed between two families.”

O’Malley said he will make a final decision about running for President by the end of May.

Read next: What Hillary Clinton Did Before Her Campaign 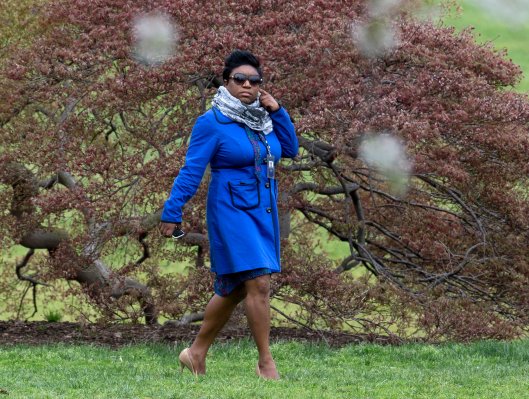