A dragon from HBO's Game of Thrones
HBO
By Chris Wilson

When I bought A Game of Thrones in New York Penn Station about five years ago, I did not expect it to transport me on a journey of imagination spanning continents and dynasties. I did expect it to get me back to Washington.

Somewhere around Newark Liberty International Airport, I realized that I had started it before, more than a decade earlier. From the ages of about 13 to 15, I was rarely parted from the company of a paperback fantasy novel, usually one in a series of six or more volumes.

The ’80s and ’90s were a golden era for fantasy epics like A Game of Thrones, which was first published in 1996. I can still recall the aisle of the Barnes & Noble in Charlottesville, Va., appropriately placed directly between the rows of Fiction & Literature and the children’s section. One arrived there after the Narnia books (abandoned halfway through The Silver Chair) but before graduating to Bradbury and Vonnegut. Judging by the sheer volume of sex scenes, the audience was very clearly teenage boys.

The fact that I never got very far into Game of Thrones the first time around doesn’t say much for it, because my standards were not high in those days. But it was a late train, I was tired, and I thought I would give it another try.

By Philadelphia, there were three unrelated characters with grey eyes, but at least the plot was mildly engrossing. I got as far as this sentence:

I read up on the rest of the plot on Wikipedia.

For a book categorized as fantasy, the book is surprising unoriginal. The dragons are generic, the magic is vague, and the politics are straight out of medieval Europe by way of Dungeons & Dragons. This is a charge one could levy against a good portion of the genre. But there were a few gems in that aisle that I still recall fondly. Here are five series that would have made for much better TV than Martin’s now very popular epic. (My memory is augmented in most places by Wikipedia.)

1. The Dragonlance Chronicles
Margaret Weis and Tracy Hickman. Debuted in 1984 with Dragons of Autumn Twilight

A reunion of seasoned adventurers goes awry when they are attacked by minions of the Dragon Highlords. The first three novels center on this memorable set of characters, from the priestess Goldmoon of the Que-Shu tribe to Raistlin Majere, the secretive wizard who is drawn to evil and power even as his twin brother Caramon struggles to save his soul. Their conflicting agendas play out amid a continent-wide battle that includes awakening dragons and warring gods. For producers worried that three books aren’t enough, there’s a second trilogy focusing on the Majere twins, two final novels devoted to the second generation of the original companions, and at least one other trilogy written after I outgrew the series.

I confess that I was drawn to the first volume of this series largely because of the cover, but if I came for the partial nudity–I was 14–I stayed for the sunrunners, a species of wizard who draw their power from sunlight to manipulate fire and commune with dragons (who have temperaments and lifespans similar to German Shepherds). Fans of George R. R. Martin’s palace intrigue will find a more satisfying and legible plot in the jockeying viceroyalities that Rawn imagines. The first series spans two decades and three generations, and is followed by a second trilogy that expands on the world of sorcery and introduces a new threat of invasion from across the sea. Sound familiar?

3. The Immortals
Tamara Pierce. Debuted in 1992 with Wild Magic.

“The Immortals” is actually the second quartet of novels that Pierce set in the world of Tortall. The first, “The Song of the Lioness,” told the story of a girl named Alanna who goes uncover as a boy in order to train to become a knight. That series is aimed at a slightly younger audience, if I recall. The world of Wild Magic, in which and older Alanna plays a small role, centers on an orphan named Daine who can speak with animals and shape-shift into their form. There is a particularly original and horrifying lineup of monsters in this one, including metallic vultures with human heads that eat the dead. The Alanna material would make for a solid prequel, and there are a bunch of other books set in the universe that I never read.

4. The Tribe of One Trilogy
Simon Hawke. Debuted in 1993 with The Outcast

The Tribe of One takes place in the long-suffering desert planet of Athas, a richly imagined world that originally served as the setting for the Dungeons & Dragons imprint Dark Sun. A novel based on a tabletop game does not sound like a recipe for entertainment, but the entire genre essentially owes its origin to the role-playing game whether sanctioned or otherwise. (The Dragonlance Chronicles also has a D&D tie-in). The trilogy focuses on Sorak, who enjoys a sort of psychic multiple-personality disorder that gives him powerful ESP. His journeys take him to Tyr, home to a clandestine order known as the Veiled Alliance that opposes the parasitic Sorcerer-Kings who are sapping the planet’s life. There are traces of Dune mixed with Jedi-like powers and a healthy side of murderous human-sized praying mantises.

5. The Wheel of Time
Robert Jordan. Debuted in 1990 with The Eye of the World.

I never actually got into these books, but they are probably the most popular epic in the teen-fantasy catalogue. A pilot of a TV series aired as sponsored programming on FXX recently, though possibly only as a means of prolonging the rights to the story. A serious attempt would surely find a wide audience.

Runner-up: The Sword of Truth
Terry Goodkind. Debuted in 1994 with Wizard’s First Rule.

In retrospect, this series, which appears to have gone on for ten more books after I stopped reading them, has a lot of the same repugnant sadism and ritualized sex as Game of Thrones. The plot of the first book is also almost a comical knock-off of Star Wars, from the discovery that the protagonist Richard’s old mentor is actually a powerful wizard to the twist in the relationship between Richard and the villain, Darken Rahl. (Take a guess.) But I remember enjoying the first three or four of them. An attempt to adapt the series for television already ran two seasons from 2008 to 2010. One imagines HBO would have more success with the material. 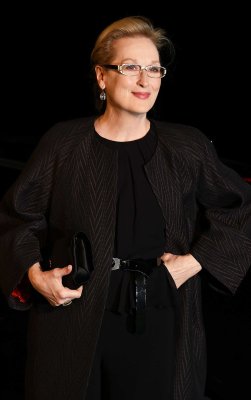