For years, the world of cannabis has been associated with bros. From The Big Lebowski to Seth Rogen movies, popular culture has depicted the common weed smoker as a lazy dude. While all pot smokers have been caricatured, the female smoker has been particularly marginalized and infantilized—when she shows up in movies and TV at all. And, overwhelmingly, the marijuana industry has taken a similarly sexist approach to try to appeal to men: trade shows abound with so-called “booth babes” hocking wares, and trade magazines like High Times feature women in bikinis with strategically placed marijuana leaves smoking large, phallic bongs.

“One of the problems marijuana culture has had is sexism that is built into the industry —everything from product labeling to product advertising,” says Bruce Barcott, author of Weed the People: The Future of Legal Marijuana in America (recently out from Time Books).

But as the legalization movement has begun to pick up steam, women are finally coming out of the cannabis closet. In just this last year, Sarah Silverman has shown off her pot stash on the Emmys red carpet, the women stars of Broad City were regularly shown smoking weed and an all-female dealer team featured in an episode of the online show just picked up by HBO about a New York dealer called High Maintenance.

As the pop culture versions of female smokers have expanded, women have proved to be serious and quantifiable marijuana users. The marijuana industry is quickly realizing it needs women’s support to succeed in legalizing the product building a viable business. They are even changing their strategies to attract female consumers.

“In the not-so-distant future, women are going to become the dominant purchasers of cannabis products,” says Jane West, who co-founded a networking and trade association for women in the industry called Women Grow just last summer. She believes women will fuel the market by buying wellness products to replace prescription anti-anxiety medications, anti-depressants and sleep aids.

But to tap that market, the industry will have to convince women to feel comfortable picking up a habit that has stereotyped all users as deviant and lazy.

“Women are more often than not the primary caregiver or parent, and even for a woman who doesn’t have kids yet there is a stigma that you would be encouraging your children to use drugs, things like that,” says Cheri Sicard, author of Mary Jane: The Complete Marijuana Handbook for Women.

In popular culture, the stereotype of a stoner endures, and he’s nearly always been a he: Cheech and Chong, Bill and Ted, Dazed and Confused. Comedies like Knocked Up, Pineapple Express and This Is the End double down on the stereotype (often embodied by Seth Rogen) by questioning how stoners will deal with disasters like murderous drug dealers, the apocalypse or fatherhood.

Examples of women casually smoking in films — Annie Hall, Nine to Five — have been the exception rather than the rule. They have quickly discovered that responsibility and weed don’t mix: Lindsay on Freaks and Geeks learns she can’t indulge like her male friends can because she has responsibilities as a babysitter; Nancy loses her perfect suburban life after she starts dealing on Weeds; even the girls on That ’70s Show knew to keep their smoking habits to the basement, unlike their male counterparts.

Whether cultural depictions of weed affected women’s choices, or these examples were simply mimicking real life, it’s a fact that many more men than women use marijuana. Almost twice as many men as women (9.6% vs. 5%) consistently consume weed, according to a 2012 National Survey on Drug Use and Health. And while 47% of American men have tried marijuana at least once, only 30% of American women have done the same, according to a 2013 Gallup poll.

But now that medical marijuana is legal in four states and D.C. and decriminalized in an additional 14 states, the cultural gap may be closing. Last year, Comedy Central successfully paired Broad City, which follows two unabashed female weed smokers’ shenanigans in New York City, with its more stereotypical stoner show, Workaholics about three slacker dudes struggling in the workplace. High Maintenance, the Vimeo-turned-HBO show about a weed dealer, also pushed the conversation by quietly proposing that first-time smokers, casual tokers and full-fledged potheads come in all types. Even the last Seth Rogen summer blockbuster, Neighbors, featured a female character (Rose Byrne) just as reluctant to put down the bong and pick up the baby toys as Rogen.

In real life, stars like Rihanna, Lady Gaga and Miley Cyrus have spoken openly about their pot use. A group that calls themselves the “marijuana moms” in L.A. are working to reverse the stereotype that smoking weed automatically makes for bad parenting. Even Martha Stewart half-joked she knows how to roll a perfect joint.

“I think women have always used it, but now thanks to pop culture, they’re just more comfortable actually talking about it,” says Sicard. “Now you’re seeing accomplished women — both on television and in real life — using it like it’s a glass of wine. It doesn’t make them a failure. It doesn’t make them a bad parent. Things like that will educate people.”

Women openly discussing marijuana has had a major impact on the legalization movement. According to recent research, women have been the deciding vote in most states where marijuana has become legal.

“Society seems to take notice more when women say it’s okay,” says Sicard. “So I think marijuana use in general is gaining more acceptance because of powerful women driving the movement.”

Traditionally, marijuana has been packaged for men — think beautiful babes adorning little baggies — but as more states legalize marijuana, savvy business owners are beginning to recognize that they can gear new products to women.

“Some of the best retail shops are those that are very aware they both have male and female customers, and changed that culture over just over the last year or two,” says Barcott. As he researched his book, Barcott ran across several dispensary runners in Denver who refused to stock any product that had skin on the label, for fear that it would push away female customers.

The change can be spotted in one of the first public ads for marijuana in Seattle. Instead of advertising in what Barcott calls “the old stoner way,” the ad for Dama Oil showed a healthy couple hiking together. “It could have been an R.E.I. ad,” he says, referring to the outdoor gear company. “That’s a huge difference from the way people advertised just a few years ago.”

Dama Oil is just one of the many companies aiming to sell weed to women as a healthy lifestyle choice. “Many women use marijuana differently than men,” says West. “They’re not using it to get high, but for its therapeutic effects. They use it for relaxation, pain management and think of it more as a wellness addition.”

“Previously, inhaling combustible cannabis was really the only way you could consume marijuana, but now the wide variety of products out there — from sublingual strips to pomegranate sparkling beverages to skin creams to vaporizing pens that really minimize any negative health benefits — more and more women are going to start trying it when there’s more product options,” she adds. It’s just about marketing — West uses the term “flower” instead of “leaf” to refer to the plant.

West estimates that only about 10% of industry workers are women, with those numbers dropping drastically at higher-level positions. After months of attending industry events at bars where she felt outnumbered, she decided to create a network for women.

“We want women to be designing those products, creating those companies, building the facilities and running the grows that all of the flowers are coming from,” she says. “For women, by women.” 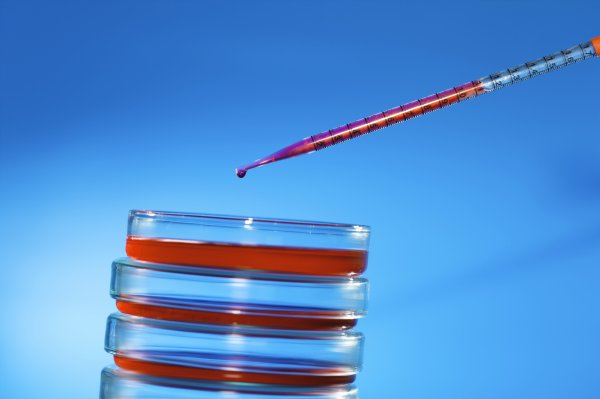 The Facts on Women in Science Show Why We Don't Need the Diversity Bureaucracy
Next Up: Editor's Pick