U.S. Senator Marco Rubio announces his bid for the Republican nomination in the 2016 U.S. presidential election race during a speech in Miami, Fla. on April 13, 2015.
Joe Skipper–Reuters
By Alex Altman

The first three candidates to enter the race for the Republican presidential nomination earned rave reviews Thursday from a powerful conservative group.

The Club for Growth, a deep-pocketed network of economic conservatives, published detailed analyses of the voting records of Sens. Ted Cruz, Rand Paul and Marco Rubio that heaped praise on each of the candidates.

“Cruz, Paul, and Rubio are the real deal,” said Club for Growth President David McIntosh. “We’ve looked at their records and their rhetoric, and they give us hope for the future of the GOP on fiscal policies.”

The verdicts weren’t a surprise. The Club backed each of the candidates in their campaigns for the Senate, and all three have amassed staunchly conservative voting records during their short stints on Capitol Hill. But the rave reviews were a reminder that conservative interest groups are poised to play a kingmaker role in the 2016 nominating contest, pulling candidates to the right in the process.

The Club has long been known for spending large sums to oppose candidates who stray on economic issues. But it is considering a more aggressive role in this year’s GOP primary, including a possible endorsement. In late February the group drew a range of presidential hopefuls — including Cruz, Rubio and former Florida Gov. Jeb Bush — to address a donors’ conclave in Florida.

The group found quibbles with each of the first three candidates, from Cruz and Paul’s support of special tax credits for NASCAR to Rubio’s proposed top marginal tax rate. But overall, it spared little praise for the Senators. “Cruz has shown extraordinary determination in the fight against Obamacare,” McIntosh said. “Paul’s budget proposals are a blueprint for limited government, and Rubio has drafted a massively pro-growth tax cut and reform plan.”

It’s a far cry from the 2012 presidential race, when the group was lukewarm or worse on candidates ranging from Mitt Romney and Tim Pawlenty to Jon Huntsman and Rick Santorum. And there will surely be 2016 candidates who don’t fare as well. (Keep an eye out for a withering assessment of Mike Huckabee.) But the first batch of reviews was a early sign that this cycle’s crop of candidates will produce a far more competitive — and potentially just as conservative — race after the yawner of four years ago. 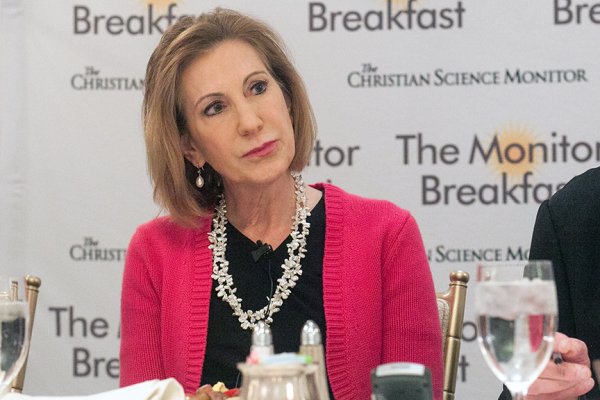