On an upcoming episode of the Spike show Lip Sync Battle, the Pitch Perfect actress lip syncs a love song dedicated to Krasinski’s wife, her former Into the Woods co-star Emily Blunt, while the former Office star looks on. The song she chooses, One Direction’s “Steal My Girl,” is performed in front of a cheering crowd and images of Blunt.

During the performance, Krasinski laughs while Kendrick points to him and lip syncs, “Everybody wanna take her heart away,” before unzipping her jacket to reveal a T-shirt of Kendrick and Blunt framed in a heart.

Lip Sync Battle might be a new series – the episode with Kendrick and Krasinski, due to air Thursday, is only the show’s fourth episode – but it’s received attention for its pitting of celebrities against each other, such as Blunt vs. Anne Hathaway and Jimmy Fallon vs. Dwayne Johnson. Hosted by LL Cool J, Lip Sync Battle premiered April 2. 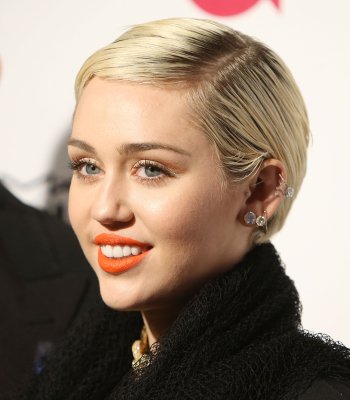 Miley Cyrus Wants You to Know the Tabloids Are Wrong and She Is Not Pregnant
Next Up: Editor's Pick