Miley Cyrus has a message to the gossip magazines: #GETITRIGHT. After a recent issue of Life & Style claimed the “Wrecking Ball” singer and fellow pop star Selena Gomez were once “pregnant by the same man,” Cyrus decided to shoot down a silly rumor was with even sillier response: “And by the same man we mean @justinbieber,” she captioned a photo of the cover story in question.

Gomez hasn’t joked about the rumors on social media herself, but maybe because — as someone who actually dated the Biebz for a long time — she probably doesn’t find headlines about “the desperate decisions that changed their lives” quite as funny. 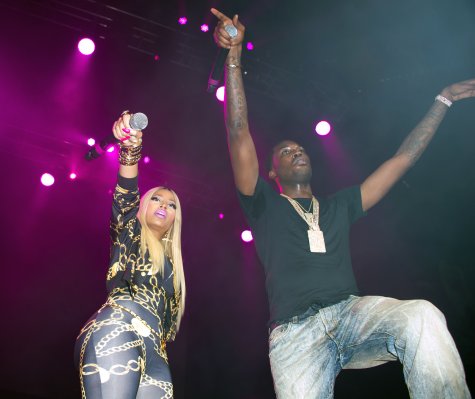 Did Nicki Minaj Just Get Engaged?
Next Up: Editor's Pick