Egyptians Question President's Decision to Go to War in Yemen

A public debate is unfolding in Egypt about whether to expand the country’s role in military invention against Houthi rebels in Yemen, creating a political predicament that could undermine the Saudi-led campaign to support the government.

Egypt said it would join the coalition that is bombing Yemen to combat the Houthis and the forces loyal to Yemen’s former President Ali Abdullah Saleh. Egypt sent naval vessels to Yemen’s coast and Egyptian officials have said that a ground assault was planned.

But now there are signs that public anxiety is creating a dilemma for Egypt’s President Abdul Fattah al-Sisi, who must balance the concerns of a public worried about domestic security and social problems, and the pull of Saudi Arabia, a close ally that has donated billions to Egypt’s government.

Looming large in the public consciousness is the legacy of Egypt’s invasion of Yemen in 1962 and five years of fighting in which more than 10,000 Egyptian soldiers died.

The war is remembered as a disaster which partially contributed to Egypt’s 1967 defeat by Israel in the Six-Day War. In 1967, Egypt had some 70,000 troops in Yemen and many Egyptians see Yemen as Egypt’s Vietnam.

The memory of Egypt’s war in Yemen has been resurrected in recent weeks by skeptical pundits, newspaper columnists, and political parties who oppose sending troops.

Among the critics of intervention is Mohamed Hassanein Heikal, a commentator and confidant of the late President Gamal Abdel Nasser who ordered the 1962 invasion. “We shouldn’t jump to war,” he said on TV this month. “Yemen is a sleeping volcano south of the Arabian Peninsula. If it erupts, it will sweep the entire region.”

President al-Sisi responded to critics on April 4, saying that Egypt’s current role in the Saudi-led campaign could not be compared with the 1962 invasion, saying he cared for “every drop of blood and every son of this country.”

The debate could complicate the calculations of Saudi officials. At the outset of the assault on Yemen, Saudi Arabia touted the participation of 10 countries in the coalition. That message was dealt a setback last week when Pakistan’s parliament voted against joining the intervention. The Pakistani decision, in turn, was front-page news in Egypt.

“This all puts the Saudi position in quite a quandary, if they intended something far more muscular, because they were clearly trying to rely on subcontractors, so to speak,” said Yezid Sayigh, a senior associate at the Carnegie Middle East Center in Beirut. He added the Saudis are now faced with the prospect that “unless they were willing to put their own army on the ground, then they have no ground option.”

Saudi Arabia’s Defense Minister Mohammed bin Salman bin Abdulaziz al-Saud met President al-Sisi on Tuesday. They discussed the Yemen crisis and the two agreed on “a major strategic military maneuver on Saudi territory.” But no announcement was made about a commitment of Egyptian troops to Yemen.

The Yemen debate also comes when Egypt’s military and security forces are battling an insurgency in the Sinai Peninsula and facing a steady string of bombs and armed attacks in Cairo and other cities. On Sunday alone, 13 people were killed in two separate bomb attacks in north Sinai.

“It’s been a bad couple of days in Sinai, and that magnifies the anxieties, because you’re going off to tend to this foreign engagement at a time when you’ve got perhaps containable but mounting problems at home,” said Michael Hanna, a fellow at the Century Foundation in New York City.

In Egypt’s polarized political context, some commentators dismiss the concerns about the operation in Yemen as speculation. “It’s very uninformed anxiety because there’s no comparison to the intervention that happened during the glory of the Nasser years,” says Hisham Kassem, the former publisher of the privately owned newspaper al-Masry al-Youm. “None of us is in a position to speak about the military operation itself.”

“Egypt is not really participating,” says retired Egyptian Brigadier General Safwat al-Zayat. “The planning was Saudi-American. Saudi Arabia will decide, with American consultation, who will participate, and at what level.”

Khaled Fahmy, a professor of history at the American University in Cairo, said the current debate in Egypt contrasted with the political situation in Egypt during the last Yemen war in the 1960s

“Back in the ’60s when Nasser sent Egyptian troops to Yemen, no one expressed any anxiety. There was no debate,” he said. “Now in Egypt, in spite of the fact we don’t have a sitting parliament, people are writing. People are talking, so much so that the President had to allay these fears.”

The recent signs of dissent also come in the wake of a sweeping state clampdown on political opponents following the military’s removal of elected President Mohamed Morsi in July 2013. Morsi’s presidency and his removal left the public deeply divided, with many backing the military.

“This is the kind of situation where they [the state] could face very real public disgruntlement and dissent. There are very few issues that could produce that kind of reaction. This seems like one,” said Hanna. “There has been an interesting level of questioning. That hasn’t been the case in the past year and a half.” 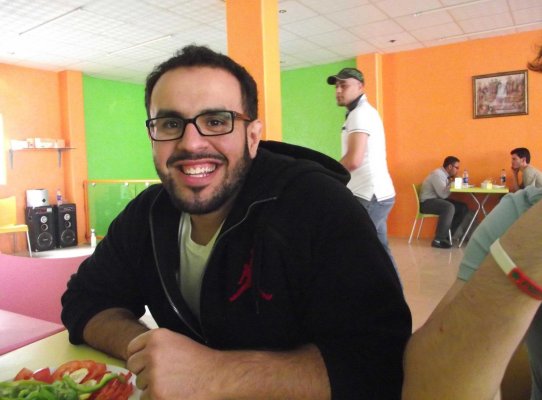 American in Egypt Is Sentenced to Life in Prison
Next Up: Editor's Pick