Netflix posted a 24% sales gain in the most recent quarter as the video streaming company’s subscriber base topped 60 million worldwide. However, an unfavorable exchange rate caused profits to dip. Here are the key points from Wednesday’s first-quarter earnings report.

What you need to know: Improving quarterly revenue by nearly 24% year-over-year rarely qualifies as a disappointment, but, in Netflix’s case, the company merely met Wall Street’s lofty expectations. Netflix reported $1.57 billion in quarterly revenue, in-line with analyst predictions, according to Thomson Reuters. The company’s revenue growth failed to reach the level achieved in the previous quarter, when Netflix posted a 26% gain.

Meanwhile, Netflix’s profits fell by more than half to $23.7 million, or 39 cents per share. The company reported profits of $53.1 million, or 89 cents per share, during the same period last year. Netflix blamed the lower profits on “currency-related transaction losses,” becoming just the latest company to say that the strong U.S. dollar negatively affected international revenue.

Despite the dip in profits, investors reacted positively to Netflix’s revenue bump and another substantial subscriber increase. Though Netflix shares fell slightly Wednesday afternoon in regular trading, the stock gained 12% in after-hours following the earnings release.

Netflix shares have gained more than 40% so far in 2015. As The Wall Street Journal pointed out Wednesday afternoon, Netflix’s recent stock surge has left the tech company with a larger market value than some of its rivals in the traditional media market, including CBS and Viacom, among others.

The big number: As usual, one of the most anticipated details in Netflix’s earnings was the number of total subscribers. Not surprisingly, Netflix led off its letter to shareholders by noting multiple milestones: more than 40 million U.S. streaming subscribers and plus more than 20 million overseas.

In total, Netflix added a record 4.9 million new subscribers in the quarter, which beat the 4.3 million added in the previous quarter. The company’s global streaming membership is now 62.3 million, and Netflix said it outpaced its own forecasts both domestically and overseas when it came to adding new members.

In its letter to shareholders, Netflix attributed its growth to an expanding portfolio of original shows. The most recent quarter saw the company’s release of the third season of popular series House of Cards along with a variety of new releases, including series Unbreakable Kimmy Schmidt and Bloodline. The company said it expects to add another 2.5 million new subscribers in the current quarter, which would represent an increase over the 1.7 million subscribers added during last year’s second quarter.

What you might have missed: Netflix, as it often does, used the earnings release as a forum to talk about rivals in the streaming content market. While Time Warner’s HBO released its standalone streaming service earlier this month, Netflix reiterated that it believes there is plenty of room in the market for both HBO Now and Netflix to succeed “given differing content.” The company also isn’t too worried about paid subscription services such as the Dish Network’s Sling TV and Sony’s Playstation Vue, along with a service rumored to be coming from Apple soon, all of which Netflix views as more of a threat to traditional cable companies and their “pay TV bundle” system.

Meanwhile, Netflix’s dwindling DVD-by-mail segment had 5.5 million members, down from 5.8 million in the previous quarter, the company said. Netflix also repeated its plan to seek shareholder approval for a stock split, which it first announced in a regulatory filing with the SEC last week. 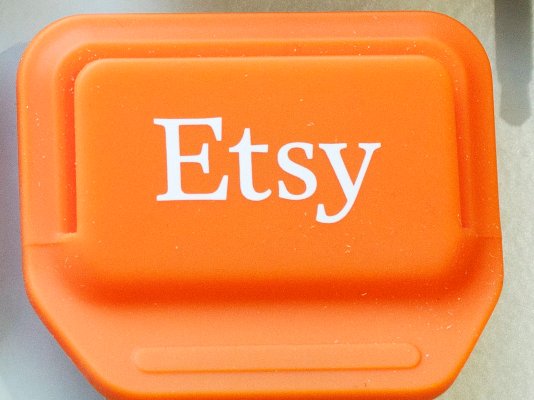 Etsy Prices IPO at $16 Per Share, Valuing Company at $1.78 Billion
Next Up: Editor's Pick