Michael Phelps Will Aim for 2016 Summer Olympics in Rio

Olympic gold medalist Michael Phelps said Wednesday that he will try to compete at the 2016 Summer Olympics in Rio de Janeiro, according to ESPN’s Wayne Drehs.

It is the first time Phelps has publicly committed to trying for the 2016 Games. One year ago, he announced he was coming out of retirement and would possibly target the Olympics in Rio.

Phelps is returning to competition this week for the first time since being suspended for six months from all sanctioned events. USA Swimming suspended him in October after he was arrested for DUI, and his suspension ended on April 6. He is competing in the Arena Pro Swim Series, which is being held April 15-18 at Skyline Aquatic Center in Mesa, Ariz.

As part of his suspension, USA Swimming and Phelps decided he would not participate in the 2015 World Championships in Kazan, Russia. It was reported that he could possibly be reinstated for the event, but on Wednesday Phelps said he respects the decision of USA Swimming and will not compete in Kazan.

Last November, fellow USA swimmer Ryan Lochte said he had “no doubt” Phelps will be ready for the 2016 Olympics. Phelps won eight gold medals at the 2008 Olympics, including a one-hundredth of a second victory in the 100-meter butterfly that SI captured with an underwater camera. 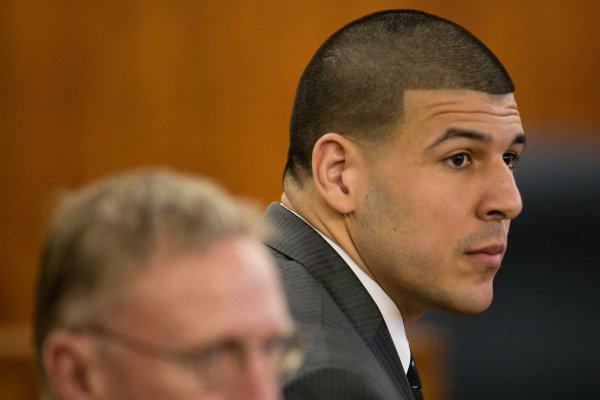 Former Football Star on What Aaron Hernandez Can Expect in Jail
Next Up: Editor's Pick