Most Americans do not yet recognize his name, but the citizens of Nigeria, Africa’s most populous country, know Abubakar Shekau all too well: he is the most violent killer their country has ever seen. Shekau took over the terrorist organization Boko Haram in 2009 after the group had been weakened by Nigerian government forces.

Shekau, who is believed to be in his 30s, began to stage increasingly daring kidnapping and killing raids on schools, churches and mosques thought by Boko Haram to be violating their interpretation of Islam. The taking of over 200 schoolgirls in April 2014 brought Boko Haram into the international spotlight.

By most accounts, Boko Haram has killed more than 10,000 people and is spreading into neighboring countries. Shekau’s latest action may finally summon a U.S. response: he has publicly aligned his group with ISIS, the terrorist group that holds territory in Syria and Iraq and has expanded its reach into Yemen and Libya. 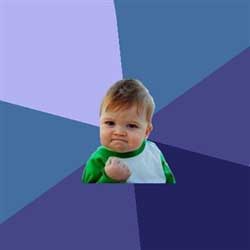