Luther Vandross once said that anybody can make people scream, but you’ve got to be great to make people be quiet. For a long time, the only person who could make me scream and then make me be quiet was my grandmother holding a belt.

But three years ago, I saw Kevin Hart at his sold-out show at Madison Square Garden—not an announced sold-out, a real sold-out, with bikes in the aisles and people on the handlebars. And Kevin did what only a really great comedian can do. He made Madison Square Garden feel like a small comedy club. When he wanted them to, he had the audience screaming. And when he wanted them to pay attention, they were quieter than a football player at a murder trial.

Right now, Kev is the biggest stand-up comedian in the country. I don’t even think there’s a No. 2, to be honest. I wrote, directed and starred in Top Five with Kevin Hart. And I made sure Kevin was in every ad. I put emails from Kevin in my movie. I shouldn’t have even called it Top Five; I should’ve called it Kevin Hart Presents Chris Rock’s “Top Five With Kevin Hart.” Hillary should announce Kevin as her running mate and be done with it.

After he makes you laugh for an hour, you feel like you’re his friend—you feel his joy and his pain. If he has asthma, you have asthma. That’s because Kevin’s vulnerable. When he’s talking about his kids, his kids know more than him. He’s not afraid to be “father knows less.” That makes him a new kind of cool. Not a keep-a-distance-from-the-audience kind of cool, but a lovable, show-your-warts kind of cool.

In Kevin’s comedy, there’s the minute observations of Jerry Seinfeld, the family-oriented storytelling of Bill Cosby and the open-wound honesty of Richard Pryor. But mostly there’s a lot of Kevin Hart.

I recently told Jerry, “Kevin’s at the big-boy table now, and nobody’s telling him to go away.” But we all agree he should pick up the check.

Rock is a comedian, actor and director 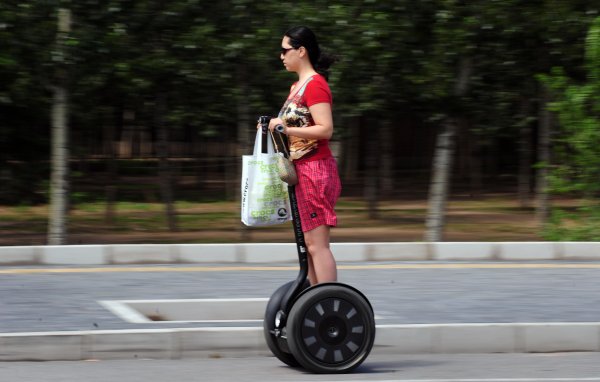 Why This Chinese Startup Just Bought a Company Americans Love to Ridicule
Next Up: Editor's Pick