As a boy, Narendra Modi helped his father sell tea to support their family. Today, he’s the leader of the world’s largest democracy, and his life story—from poverty to Prime Minister—reflects the dynamism and potential of India’s rise.

Determined to help more Indians follow in his path, he’s laid out an ambitious vision to reduce extreme poverty, improve education, empower women and girls and unleash India’s true economic potential while confronting climate change. Like India, he transcends the ancient and the modern—a devotee of yoga who connects with Indian citizens on Twitter and imagines a “digital India.”

When he came to Washington, Narendra and I visited the memorial to Dr. Martin Luther King Jr. We reflected on the teachings of King and Gandhi and how the diversity of backgrounds and faiths in our countries is a strength we have to protect. Prime Minister Modi recognizes that more than 1 billion Indians living and succeeding together can be an inspiring model for the world.

Obama is the 44th President of the United States 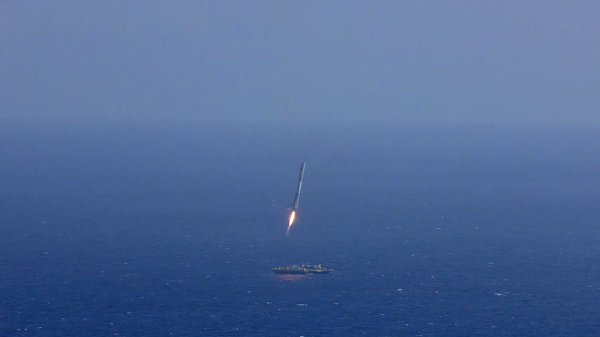 Watch the SpaceX Rocket Landing in Slow Motion
Next Up: Editor's Pick