Before becoming one of the foremost film directors of our generation, Richard Linklater worked nights as the bellman/valet at a fancy business hotel in Austin. One evening he picked up a young VIP from the airport. From the back of the hotel van, the man asked Rick how he liked his job.

“This is the best job I’ve ever had,” he said. “I sit on my ass and get to read and write all night—basically what I’d be doing at home for free. I swear I’m nearly done with all of Tolstoy. Plus, I get to eat as much as I can find, and I usually take some home with me.”

“Interesting,” the man said. Then Rick asked him, “And how do you like your job?”

“Not so much,” the man answered. “You see, I’ve been hired by the national office to find more ways to be efficient at the Austin location and, well … you’re fired.”

We may never understand Rick’s unorthodox path and how it led to movies like School of Rock, Before Sunrise and Boyhood: the vegetarian baseball star from Huntsville, Texas; the years of hard labor on offshore oil rigs in the Gulf of Mexico; teaching himself the history of film through the ingenuity of starting the Austin Film Society (with the help of a local Kinko’s and a 16-mm projector). But the consistent thread in Rick’s career has been a passion for cinema that cannot be defeated or undermined in any way.

Hawke is an American actor, screenwriter and novelist 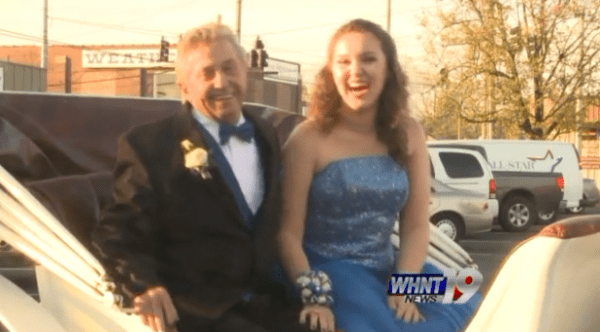 80-Year-Old Man Goes to Prom for the First Time
Next Up: Editor's Pick