The Scary Connection Between Snoring and Dementia

If you don’t snore, you likely know someone who does. Between 19% and 40% of adults snore when they sleep, and that percentage climbs even higher, particularly for men, as we age. It’s a nuisance for bed partners, but researchers say we shouldn’t be so quick to write off snoring or other forms of disrupted breathing while asleep as mere annoyances; instead, they could be affecting the brain, according to new research.

Snoring is a form of sleep apnea, in which people stop breathing for a few seconds or several minutes dozens of times in an hour. Any disruption of breathing during sleep can affect the brain, say researchers of a new study published in the journal Neurology. They found that people with sleep apnea tended to develop memory problems and other signs of mild cognitive impairment (MCI) earlier than people without such sleep disorders.

MORE The Power of Sleep

Ricardo Osorio, MD, research assistant professor of psychiatry at NYU Center for Brain Health, and his colleagues studied 2,000 people enrolled in the Alzheimer’s Disease Neuroimaging Initiative (ADNI)—a population of 55 to 75 year olds, some of whom are cognitively normal, some who have mild cognitive impairment and others who have Alzheimer’s dementia. Everyone was asked about their snoring or sleep apnea, and researchers followed up every six months for two to three years to record any changes in their cognitive status.

Those who reported having sleep apnea or snoring tended to develop signs of mild cognitive impairment, including memory lapses and slower speed on cognitive skills, about 12 years earlier on average than those who didn’t report any sleep-disordered breathing. Mild cognitive impairment often precedes Alzheimer’s dementia, but not all people who develop MCI go on to get Alzheimer’s. The connection between disrupted sleep breathing and MCI remained strong even after Osorio accounted for the effects of Alzheimer’s-related genes, gender, education, depression and heart disease risk factors, all of which have been associated with increased risk of cognitive decline.

Osorio also saw a connection between sleep apnea or snoring and Alzheimer’s dementia, but it wasn’t as robust as the link to MCI. That might be because other studies have found that not only are sleep disorders a risk factor for Alzheimer’s, but they are also a symptom of the degenerative brain disease—so those who already developed Alzheimer’s dementia may not have been accurately reporting their sleep habits.

Osorio is careful not to implicate all snoring as a precursor to memory problems or Alzheimer’s. But particularly in the elderly, he says doctors should consider the potential effect that disrupted breathing during sleep can have on the brain. While it’s not clear how sleep disorders might be increasing the risk of MCI or Alzheimer’s, it’s possible that the cumulate effects of even the short periods when the person isn’t breathing could deprive brain neurons of critical oxygen, and Alzheimer’s has been linked to slower or abnormal blood flow caused by hypertension and high cholesterol levels. Other studies have also shown that the protein responsible for Alzheimer’s, amyloid, tends to build up during the day when the nerves are active and decline at night during deep sleep. If people are being roused from deep sleep by their apnea or snoring, then they aren’t enjoying prolonged periods of low amyloid production, so the substance can build up and potentially form plaques.

Osorio also found that it’s possible to counteract some of the effects of sleep apnea or snoring. He also studied people who used a device to prevent apnea, known as a continuous positive airway pressure (CPAP) machine, which keeps airways open during sleep. Even though they snored or had sleep apnea, people who used the device developed MCI or Alzheimer’s at the same rate as those who didn’t have these sleep problems. CPAP machines are cumbersome and uncomfortable to use, and many people drop them after a few weeks. But, says Osorio, they may have more reason to stick with them now. “A lot of people don’t use them because they see no benefits,” he says, “but if they know it can improve their memory, they may definitely try to do better.”

Read next: 7 Signs You’re Not Getting Enough Sleep 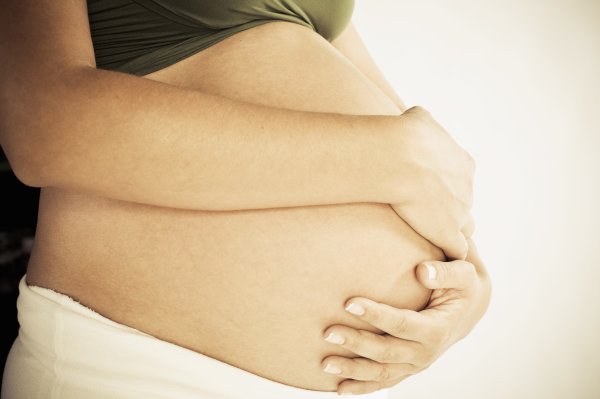 WHO: C-Sections Should Only Be Done When Necessary
Next Up: Editor's Pick