The Meaning of the Oklahoma City Bombing Anniversary

Timothy McVeigh on the May 1, 1995, cover of TIME
Cover Credit: RALF-FINN HESTOFT
By Lily Rothman

When a truck bomb blasted through a federal office building in Oklahoma City on a Wednesday morning 20 years ago — April 19, 1995 — it was the deadliest terrorist attack in the history of the nation to that point.

Though fingers pointed many directions in the immediate aftermath, it didn’t take long for investigators to find Timothy McVeigh. As TIME reported in a special issue devoted to the crime — with McVeigh’s face on the cover, alongside the words “The Face of Terror” — only a little more than an hour had passed since the bombing when he was pulled over for a traffic stop and arrested for driving without tags and insurance, and for carrying a concealed weapon. Two days later, the rogue driver was determined to be the same man who was suspected of masterminding the attack.

McVeigh and his accomplices’ possible link to antigovernment organizations immediately drew additional scrutiny to the subject, and offered some insight into the twisted mind that planned such a crime—and why it happened when it did:

In the years since, Oklahoma City has tried to make that date stand for something very different: rather than an example of separatism, they’ve made April 19 a date to remember a community coming together to help one another, living by the idea they call the “Oklahoma Standard.”

Read more from TIME’s special 1995 issue about the bombing, here in the TIME Vault: A Blow to the Heart 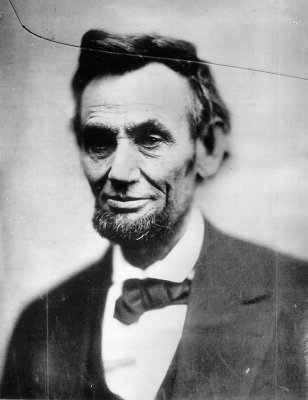