Love for Titanic will go on (like Celine Dion’s heart), thanks to this 8-bit retelling of the tragic story.

Cinefix, who have also made 8-bit versions of The Fast and the Furious and Wes Anderson’s The Life Aquatic with Steve Zissou, have turned their creative energies on James Cameron’s 1997 Titanic, which starred Leonardo DiCaprio and Kate Winslet as a lovestruck couple on an ill-fated cruise.

Now fans of the heart-wrenching saga of Jack and Rose can relive their adventures aboard the unsinkable ship that turned out to be 100% sinkable in a fun 8-bit video game inspired video. Thanks to the retro format, as you watch the Jack and Rose avatars run the gamut of the doomed ship in a bid to survive, it looks like Jack has stepped in for Mario as he works to save the princess, and it would not be a surprise to see Donkey Kong show up and re-arrange the deck chairs.

Watch now, but if you haven’t seen the film (get on that), then beware: There are definitely spoilers. 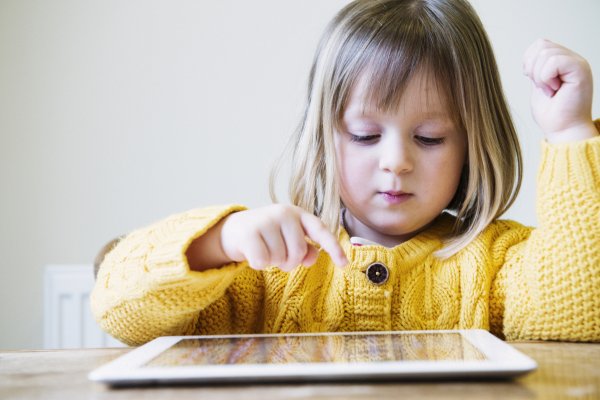 Kindergarteners Who Share iPads May Perform Better: Study
Next Up: Editor's Pick