How Doctors of the Past Blamed Women for Breast Cancer

‘I congratulate … [my fair countrywomen] on their present easy and elegant mode of dress’, wrote the surgeon James Nooth, in 1804, ‘free from the unnatural and dangerous pressure of stays.’ Nooth’s concern was not aesthetic. The danger he saw in restrictive bodices was cancer: ‘I have extirpated [removed] a great number of … tumours which originated from that absurdity.’

Breast cancer in the 19th century was a consistent, if mysterious, killer. It preoccupied many doctors, unable to state with any confidence the disease’s causes, characteristics or cures. While the orthodox medical profession in Britain were broadly agreed on cancer’s ultimate incurability, they were less uniform in their understanding of its origin. The disease was thought to develop from a range of harmful tendencies and events acting together. Both the essential biology of being female, as well as typically ‘feminine’ behaviors, were understood as causes of breast cancer.

Breastfeeding was a contentious topic at the end of the 18th century. An image of idealised motherhood emerged that infiltrated concepts of femininity: women were by nature loving, maternal and self-sacrificing. This ideology was expressed through changing social and political attitudes to breastfeeding and an outcry against wet-nursing across western Europe. In 1789 only 10 per cent of babies born in Paris were nursed by their own mothers; by 1801, this number had increased to half of all Parisian infants and two thirds of English babies.

Late 18th-century medical men were explicit about the associations between breastfeeding and breast cancer. In 1772, man-midwife William Rowley wrote: ‘When the vessels of the breasts are over-filled and the natural discharge through the nipple not encouraged … it lays the foundation of the cancer.’ Frances Burney – an aristocratic novelist who underwent a mastectomy in 1811 – attributed her disease to her inability to breastfeed properly: ‘They have made me wean my Child! … What that has cost me!’

Menstruation was seen as particularly hazardous. The surgeon Thomas Denman wrote: ‘Women who menstruate irregularly or with pain … are suspected to be more liable to Cancer than those who are regular, or who do not suffer at these times.’ However, their risk only increased after menopause. Denman considered ‘women about the time of the cessation of the menses’ most liable to cancer. Elderly women were blighted by a dual threat: their gender and their age. While surgeons insisted their theories were based on clinical observation, designating these various female-specific processes as causes of cancer supported their broader thoughts about female biology.

Eighteenth-century theory dictated that all diseases were explained by an imbalance in ‘humours’: black bile, yellow bile, blood and phlegm. Into the 19th century the insufficient drainage of various substances continued to be invoked as a cause of cancer; women’s ‘coldness and humidity’ made them particularly prone to disease. Menstruation was the primary mechanism by which the female body cleansed the system of black bile and its regularity was seen as central to a woman’s wellbeing. Certain situations in which the menses were disrupted or had been terminated were, therefore, especially dangerous: pregnancy, breastfeeding and menopause. Similarly, when the female body and its breasts were not used for their ‘correct’ purpose – childbearing and rearing – the risk of breast cancer increased.

The historian Marjo Kaartinen has noted that 18th-century theorists considered just ‘being female and having breasts’ a threat to a woman’s health. This way of thinking about female biology suggested that women were more likely to suffer from all cancers, not just cancer of the breast. Denman wrote: ‘It can hardly be doubted … that women are more liable to Cancer than men.’

This association between womanhood and disease and between breastfeeding, pregnancy, menopause and cancer is still part of our 21st-century understanding of breast cancer; that certain female-specific processes make you more or less likely to succumb to it. On its website, the breast cancer charity Breakthrough lists various ways you can reduce and increase your chances of disease. According to contemporary research, having children early and breastfeeding them reduces your risk. The later a woman begins her family the higher her risk is. The contraceptive pill, growing older and the menopause also increases your risk of breast cancer.

Drawing attention to such historical continuities questions the social and cultural environments that make certain medical assumptions possible. The causes of cancer suggested by Denman, Nooth and friends were informed by their understandings of female biology and female inferiority more generally. They were working within a school of thought that suggested any deviation from ‘appropriate’ womanhood could have hazardous consequences for a woman’s health. While the role of the historian might not be to deny the validity of 21st-century medical research, it is part of our remit to question cultural assumptions that continue to have some effect on both the conclusions of scientists and the way those conclusions are accepted by the broader public.

Agnes Arnold-Forster is a PhD candidate at King’s College London. 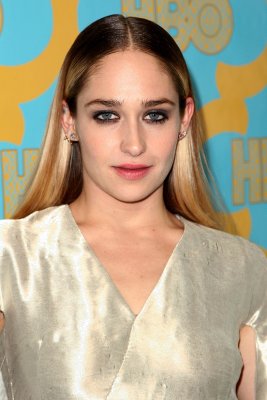 Watch Jemima Kirke Explain Why She Refused Anesthesia During Her Abortion
Next Up: Editor's Pick