Cuba's President Raul Castro, left, speaks during a meeting with President Barack Obama on the sidelines of the Summit of the Americas at the ATLAPA Convention center on April 11, 2015 in Panama City, Panama.
Mandel Ngan—AFP/Getty Images
By Karl Vick

President Obama formally moved on Tuesday to remove Cuba from the short, brutish list of states supporting terrorism. The technical finding — that Havana had not offered material support to terrorists in the previous six months — is likely to trigger the first substantial political challenge to Obama’s decision to end the half-century of U.S. efforts to isolate the regime that has ruled Cuba since 1962. By law Congress has 45 days to pass a joint resolution blocking the change, a challenge that anti-Castro lawmakers and Republican critics indicated they would take up. Representative Ileana Ros-Lehtinen promptly declared, “This unwise decision to remove Cuba from the State Sponsor of Terrorism list illustrates that the Obama Administration is willing to concede to the demands of the Castro brothers in order to set up an embassy in Cuba.”

Indeed, if the removal stands, Havana and Washington will likely reopen embassies in each other’s capitals in short order. The terrorism listing was the main obstacle in negotiations aimed at exchanging ambassadors, according to Cuban officials, who urged Obama to make good on his December vow to reconsider the designation. Last weekend at the Summit of the Americas in Panama City, where President Raúl Castro heaped scorn on the American history of interference in Latin American affairs — and praise on Obama, whom Castro called “an honest man” — the Cuban leader offered thanks in advance for Obama’s efforts to remove the designation, which prevented many firms from doing business with Cuba, and Cuban diplomats from opening bank accounts in the U.S.

“They say we’re terrorists,” Raúl Castro said on Saturday, citing the 1982 State Department finding that Havana had provided aid and arms to guerrilla groups in Latin America and Africa. “And we indeed have acted in solidarity with many peoples that may be considered terrorists” from the viewpoint of “imperialism,” Castro added. But that support largely vanished with the end of the Cold War. The last State Department justification for Cuba’s place on the terrorism listing cited previous support for the leftist insurgent guerrillas known as FARC in Colombia and the regime’s sheltering of Basque separatists. But Havana is currently hosting peace talks between FARC and Colombia’s government, and some of the Basques have returned to Spain.

“Circumstances have changed since 1982, when Cuba was originally designated as a State Sponsor of Terrorism because of its efforts to promote armed revolution by forces in Latin America,” the State Department said in a statement. “Our hemisphere, and the world, look very different today than they did 33 years ago.”

The meeting between U.S. and Cuban officials in Panama, where Cuba was for the first time attending the Summit of the Americas, ended on a hopeful note, with vows that the embassy negotiations would resume in Havana very soon. “Our embassy personnel have had to use cash for everything and that complicates matters,” one senior Cuban official told TIME. “Having us on the terrorist list is ridiculous, but being part of the list complicates our day-to-day operations.”

Cuban officials noted that there were serious differences in the hour-long talk between Castro and Obama on April 11, mostly about human rights and elections. But, like their American counterparts, the Cubans emphasized that despite the remaining differences the two countries could start cooperating in areas of shared concern, mainly international human trafficking, drug trafficking, cybercrimes, the environment, energy and health.

Being removed from the terrorism list would also open Cuba to investors deterred by the strict U.S. censures awaiting firms doing business with listed nations. “The removal of Cuba from the list works on two levels,” said Pedro Freyre, an internationalist law specialist at Akerman LLP in Miami. “As a symbol, Cuba is removed from the list of bad actors, which now only includes Syria, Sudan and Iran. On a practical level, the ability of U.S. financial institutions to consider transactions with Cuban institutions is now facilitated. The compliance burden of engaging in transactions with countries on the list has made banking with Cuba prohibitively risky up until now. We should begin to see some movement on that front.”

First, though, it has to get past Congress. Obama’s rapprochement with Havana defied the Miami-based lobby of Cuban exiles that long dominated, if not dictated, U.S. policy toward the island, and its strength on Capitol Hill has not been tested since the new policy was announced on Dec. 17. That lobby suffered a loss with the recent indictment of Robert Menendez, the Cuban-American U.S. Senator from New Jersey who was the ranking Democrat on the Foreign Policy Committee. But another opponent of rapprochement, Florida Senator Marco Rubio, yesterday announced that he is running for the Republican nomination for President. So it’s safe to say the issue will not die for lack of attention. — With reporting by Dolly Mascareñas / Panama City 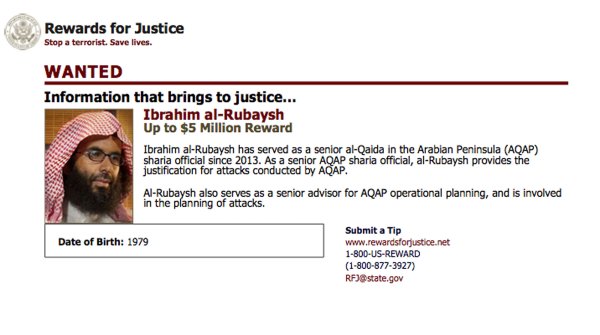