What 5 Days of Junk Food Does to Your Metabolism

It takes surprisingly few days of a mac-and-cheese-rich diet to do some really bad things to your metabolism. Just five days on a diet full of processed food was enough to alter a body’s healthy response to food, finds a small new study published in the journal Obesity.

Researchers wanted to look at how skeletal muscles adapt when we pound our bodies with fatty processed foods, so they took 12 healthy college-aged men and put them on an eating regimen designed by the researchers, including an initial control diet. Those on the fatty diet ate 55% of their calories came from fat—and about 18% of their total calories came from saturated fat. That’s a lot more saturated fat than most Americans eat, no matter how bad their diet. The control diet was about 30% fat.

“When we were toying around with what diet we were going to use, we looked at things like gift certificates for McDonald’s,” says Matthew W. Hulver, PhD, department head of Human Nutrition, Food and Exercise at Virginia Tech. “But a McDonald’s diet isn’t even saturated enough compared to what we fed the people in our study.”

They settled on a Westernized diet topped with butter, featuring foods like macaroni and cheese, ham and cheese sandwiches with mayonnaise and butter, and fatty microwavable meals. The researchers took muscle biopsies from the men before and after the high-fat feeding. The researchers formulated the fatty diets to be identical in calories to the control.

When researchers looked at specific gene targets, the effects on metabolism were dramatic. “The normal response to a meal was essentially either blunted or just not there after five days of high-fat feeding,” Hulver says. Before going on a work-week’s worth of a fatty diet, when the men ate a normal meal they saw big increases in oxidative targets four hours after eating. That response was obliterated after the five-day fat infusion. And under normal eating conditions, the biopsied muscle used glucose as an energy source by oxidizing glucose. “That was essentially wiped out after,” he says. “We were surprised how robust the effects were just with five days.”

While their overall insulin sensitivity didn’t change in the short time frame, the findings suggest that longer exposure to a diet of this kind might lead to insulin resistance down the line.

If five days of fat is enough to mess with metabolism, the chronic effects raise interesting questions, Hulver says. “Our question is: does this prime the body? When you go into a period where you are overconsuming calories, would individuals who have a chronic high fat diet be predisposed to weight gain?”

Hulver says he doesn’t know the answer yet, but his lab’s future studies hope to find out. 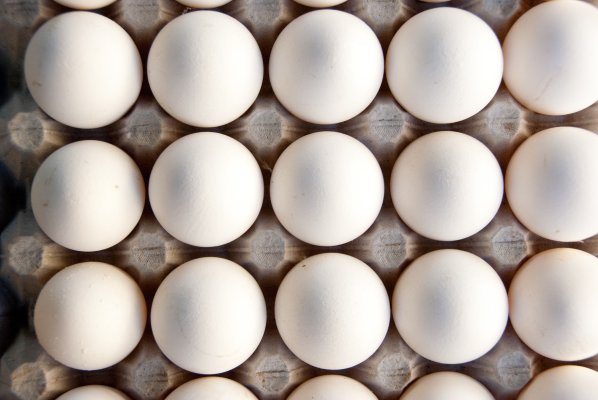