13 Reasons to Give an Employee a Raise

Question: What was the determining factor that led to the last raise you gave to one of your employees?

“I give raises when someone exceeds my expectations, usually when employees take something on that wasn’t originally in their scope of work. I’ve had people ultimately create a position for themselves by making a suggestion, implementing it and taking ownership over it. Suddenly, the value they create for my business has gone up, and I feel it’s only fair to increase their compensation.” — Mark Krassner, Knee Walker Central

“Having employees complete tasks consistently on time and with great accuracy is always a marker for me to give raises. Unfortunately, employees who get the job done are often overlooked in lieu of those who are overly political when, in fact, they are what makes the business progress day to day.” — Phil Chen, Systems Watch

Willingness to Do More

“We love employees who continually do more than they are asked or who are constantly looking for ways to help grow the business. Employees who have fresh ideas and aren’t afraid to take on the job of implementing new ideas are often awarded raises.” — Laura Land, EMPIRE Cell Phone Accessories

“If employees have the confidence to ask for the raise and the foresight to explain exactly how they will grow their skills to deserve the increase, I usually give it to them right there. In the most recent example of this happening, the employee asked for a raise far above his title. I laid out a three-month plan for the employee to prove his ability to work at that level; he did it in two.” — Brennan White, Cortex

“The last raise we gave to an employee was due to his success in operating more independently. We encourage our team to accomplish great things, and employees never need our permission to do so. Operating independently to accomplish things for themselves — and also for the team — is always rewarded and always appreciated.” — Parker Powers, ParkerPowers.com

“In my opinion, everybody you value should be getting regular raises to the extent you can afford it. If they’re not getting regular raises and you’re not providing some opportunity, employees could begin to question if you really value them. For me, I’d say the determining factor of the latest raise I gave was just my philosophical belief.” — Dan Price, Gravity Payments

“I gave someone a raise to keep him so interested in my business that he would do anything to stick around. If you choose not to give employees raises, you risk losing them mentally, which will lead to losing them physically.” — John Rampton, Due

“Having the right attitude is the first step to getting real results that will lead to a raise.” — Alfredo Atanacio, Uassist.ME

Ability to Learn and Grow

“In every weekly report, I ask employees for a suggestion to improve their role or the company. The great responses have saved money and boosted revenue through product improvements. One employee in particular had suggested many improvements with quantifiable results. She embodied our core values by continuously growing and learning in her role and also as a leader.” — David Hassell, 15Five

“By taking ownership or seeing something that needs to be fixed, doing something about it and owning the results, employees show they’re transcending their job and thinking about what it takes to grow the company. They know they are accountable to the team, so they make good choices and follow through.” — Charlie Gilkey, Productive Flourishing

“Any employee who takes initiative to make the company better or more efficient needs to be rewarded. I have an employee who works hard to improve the company in several respects, and I’ve given him three raises this year when he did not expect any.” — Andrew Howlett, Rain

“When my employee approached me, he had a very detailed list of all his accomplishments. He explained exactly how he helped the company be more profitable and that he was dedicated to our mission. It was an easy decision after that.” — Michael Quinn, Yellow Bridge Interactive

The Young Entrepreneur Council (YEC) is an invite-only organization comprised of the world’s most promising young entrepreneurs. In partnership with Citi, YEC recently launched StartupCollective, a free virtual mentorship program that helps millions of entrepreneurs start and grow businesses. 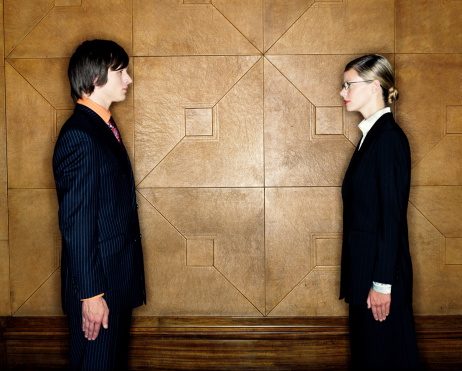 The 5 Common Beliefs About Work Colleagues You Should Avoid
Next Up: Editor's Pick