Is Your Tax Rate Higher Than Walmart's?

It’s April 15, Tax Day. And while dubious business expenses and home offices might help you save a few dollars, most people pay something near what the government sets as the tax rate for their income.

The same is not always true of corporations. While the United States has the highest statutory corporate tax among industrialized nations (39.1 percent), corporations have a greater number of ways to bring that tax bill down. Use the calculator below to see how your tax rate compares to the average effective federal rates paid by 10 major corporates between 2008 to 2012, according to Citizens for Tax Justice, a non-profit organization that advocates for corporate tax reform. The group’s board of directors includes a number of top labor leaders. 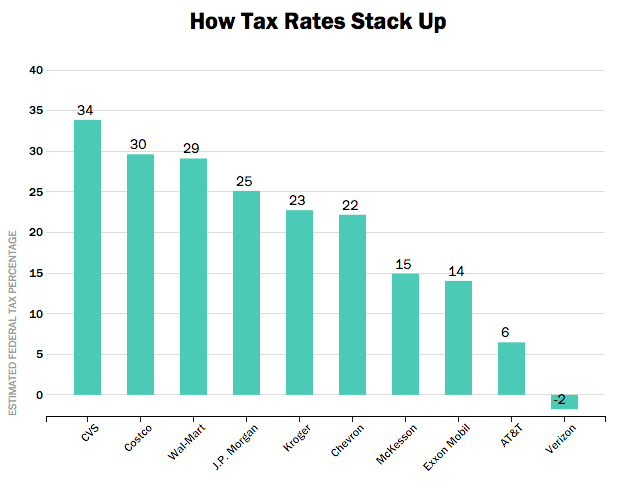 Calculations on how much companies pay in taxes vary considerably. A recent report by Citizens for Tax Justice found that profitable Fortune 500 companies paid an average effective federal tax rate of 19.4 percent from 2008 to 2012. The Tax Foundation, a think tank that studies the effect of taxation on the private sector and advocates for decreasing tax burdens, estimates that the nationwide rate is considerably higher–between 26.7 percent and 39.3 depending on the industry. The organization’s board members include two former Republican House members and Douglas Holtz-Eakin, the chief economic adviser to Republican Sen. John McCain’s 2008 presidential campaign.

While different researchers and organizations typically find different numbers for the exact amount individual companies pay in taxes, Citizens for Tax Justice maintains one of the most comprehensive comparisons of individual businesses.

Multinational corporations leverage tax exemptions to lower their tax bill and return value to shareholders. Tech companies like Apple and Microsoft were criticized after a 2013 Senate investigation into a tax arrangement known as the Double Irish, which allocates profits of intellectual property to tax-haven countries like Ireland.

A new report from the Citizens for Tax Justice highlighted 15 Fortune 500 companies, including JetBlue and General Electric, that the group said either received a rebate or were taxed less than 1 percent of their income in 2014. GE has said that its decision last week to cut loose its financial business GE Capital could lead the company’s effective tax rate to rise to 20 percent in the future, the Wall Street Journal reports.

A February Pew Research survey found that 82 percent of respondents expressed at least some concern that “corporations didn’t pay their fair share,” compared with 53 percent who expressed concern over their own tax burden.

The effective federal tax rates are drawn from the Center for Tax Justice’s analysis of top Fortune 500 companies, taken from the research group’s corporate tax explorer.

State and local taxes are not included in these calculations. 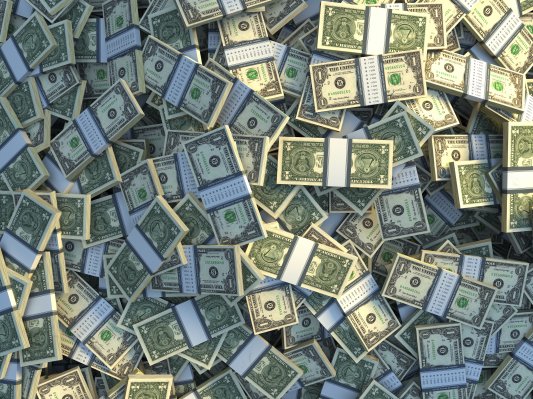