How Your iPhone’s Music App Is About to Change

Apple is planning a big redesign for the Music app on your iPhone and iPad.

The new version featured in a preview version of an upcoming update is based heavily on the current design of iTunes for the Mac, according to a hands-on preview by 9to5Mac. Like iTunes, the new Music app is putting a big emphasis on visuals, with album art taking up half the screen on the player user interface. A mini-player also sticks to the bottom of the UI throughout the app, meaning users can always easily pause a song currently playing.

The overhaul also brings other useful updates, such as the ability to add songs to a play queue and a robust search feature that can trawl a user’s library as well as iTunes Radio.

The new features may signal that Apple is indeed preparing to roll out a new on-demand streaming service under the iTunes brand, as has been rumored for several months. The service could be unveiled at Apple’s developers conference, which starts June 8.

YouTube user DetroitBERG has a video walkthrough of the new app:

Read next: How to Save Stories To Read Later On Your Phone 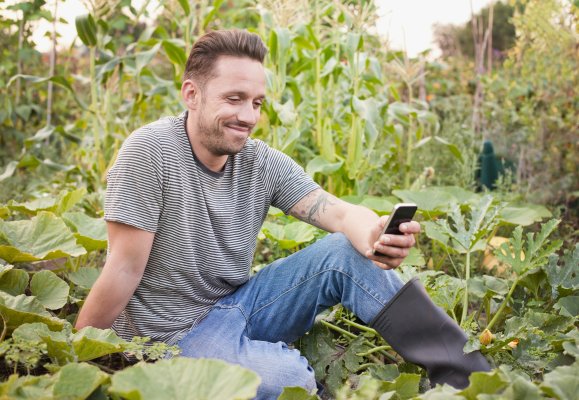 The 8 Best Apps to Get Your Yard Greener Than Ever This Spring
Next Up: Editor's Pick