The former owner and Chief Operating Officer of the company Quality Egg were sentenced to three months in jail on Monday for their role in a 2010 outbreak of salmonella.

Quality Egg owner Austin “Jack” DeCoster and his son and the company COO Peter DeCoster pleaded guilty to distributing adulterated eggs. Quality Egg must pay a fine of $6.79 million and each of the DeCosters must pay $100,000. After three months in prison, the DeCosters will also have one year of supervised release. The company has been placed on a three-year probation. The pair was not taken into custody and may appeal the sentence.

In 2010, adulterated eggs from Quality Egg were tied to 1,939 reported consumer illnesses from salmonella. Workers for the company disregarded food safety standards, according to prosecutors, and mislead its customers—including major retailers like Walmart—about its food safety practices. The court says that the company also falsified documents for food-safety audits and used false expiration dates that misled customers about how old the eggs were.

Quality Egg pleaded guilty to its employees bribing an U.S. Department of Agriculture (USDA) inspector on at least two occasions to release eggs that had been flagged for failing to meet quality standards. As NBC reports, it’s not clear when the DeCosters learned about the bribes.

“The message this prosecution and sentence sends is a stern one to anyone tempted to place profits over people’s welfare. Corporate officials are on notice. If you sell contaminated food you will be held responsible for your conduct. Claims of ignorance or ‘I delegated the responsibility to someone else’ will not shield them from criminal responsibility,” said U.S. Attorney Kevin W. Techau for the Northern District of Iowa in a statement about the verdict. 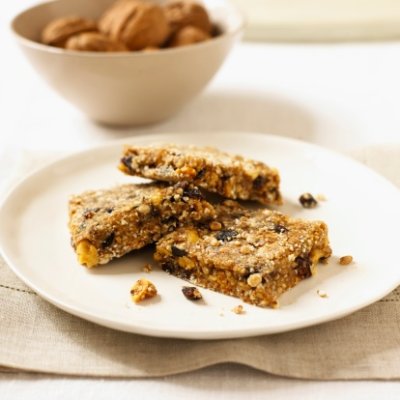 3 Ways to Tell If a ‘Natural’ Food Is Actually Good for You
Next Up: Editor's Pick