Watch a New Clip From Avengers: Age of Ultron

Marvel has revealed a new clip from Avengers: Age of Ultron ahead of the film’s release later this month.

Avengers: Age of Ultron is the sequel to 2012’s The Avengers, which raked in over $1.5 billion (£1 billion) at the box office worldwide to become the third highest-grossing film of all time. Joss Whedon returned to serve as writer-director on the sequel.

Marvel’s official plot synopsis for the sequel teases: “With S.H.I.E.L.D. destroyed and the Avengers needing a hiatus from stopping threats, Tony Stark attempts to jumpstart a dormant peacekeeping program with Ultron, a self-aware, self-teaching, artificial intelligence.

“However, his plan backfires when Ultron decides that humans are the main enemy and sets out to eradicate them from Earth, and it is up to Iron Man, Captain America, Thor, the Hulk, Black Widow and Hawkeye, along with support from Nick Fury and Maria Hill, to stop him from enacting his plans. Along the way, the Avengers encounter the powerful twins, Pietro and Wanda Maximoff, as well as the familiar Vision.”

The superhero sequel is set to open in U.K. cinemas on April 23—eight days before it arrives in U.S. theaters. 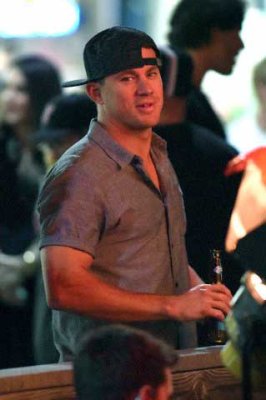 'Magic Mike' Musical 'Still in the Works'
Next Up: Editor's Pick