New Jersey voters are losing faith in their governor’s potential to be a “good president.”

About 69% of New Jersey voters in a new Rutgers University poll say Gov. Chris Christie would not make a good president, a ten point leap from a February poll. About 24% say they think he has what it takes.

Christie is one of many Republicans expected to enter the race for 2016 in the coming months, joining Sens. Ted Cruz of Texas, Rand Paul of Kentucky, and Marco Rubio of Florida who have already announced their plans to seek the nomination. Former Gov. Jeb Bush and Gov. Scott Walker are also expected to join the race soon.

Though the poll represents a relatively small sample of New Jersey voters and hosts a margin of error of plus or minus 4 percentage points, it offers a glimpse at how voters from New Jersey feel about their governor’s potential campaign.

Though 58% of those polled don’t think the word “presidential” at all describes the governor (38% say it describes him pretty well), the majority, 57%, believes he will still become a presidential candidate. Thirty-two percent, on the other hand, do not.

And while New Jersey voters are important for Christie, the real test will come in early primary and caucus states like New Hampshire, where the governor will begin hosting a series of town-hall events with voters on Tuesday. 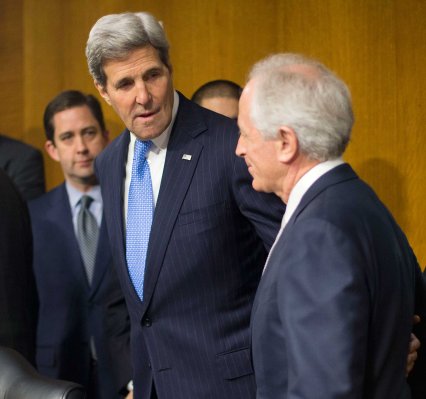 Senate to Challenge Iran Deal
Next Up: Editor's Pick