Iraqi Prime Minister Haider al-Abadi will make his first official visit to the White House on Tuesday, where he is expected to request billions of dollars in financial and military aid from President Barack Obama for an ongoing campaign against the Islamic State of Iraq and Greater Syria (ISIS).

Abadi’s first state visit comes as falling oil prices have opened up a $22 billion budget deficit in Iraq, the New York Times reports. Abadi has argued that the budget shortfall has hampered the new government’s ability to mount military challenges to ISIS strongholds in northern Iraq and restore basic government services to those towns that have been reclaimed by Iraqi-led forces and Shi’ite militias.

While the White House meeting is expected to show Obama’s support for the new Iraqi prime minister, a marked improvement over the strained relations with Iraq’s previous prime minister, analysts have questioned whether he would meet the full range of Abadi’s demands, which could include a request for drones and other advanced weaponry, Reuters reports.

Abadi will also meet with the heads of the International Monetary Fund and the World Bank during his first official to the U.S. 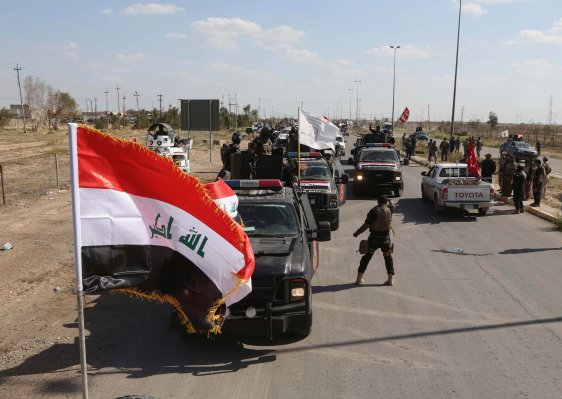 Militias Back Out of Iraq Campaign After U.S. Air Strikes
Next Up: Editor's Pick