This was a mash-up waiting to happen. When you have an awesome song about our galaxy, who better to sing it than the world’s most famous physicist and cosmologist?

Stephen Hawking’s characteristic computer-voice rendition of “Galaxy Song” from the 1983 classic Monty Python’s the Meaning of Life is everything you need to hear today.

And in case you still need convincing, it also features an appearance from noted British physicist Brian Cox, who Hawking runs over with his wheelchair before jetting off into the sunset.

Hawking has already proved his singing chops with an appearance on Pink Floyd’s latest album and his sense of humor with cameos on popular sitcom The Big Bang Theory, but this is something else.

And if you haven’t already seen it, here’s the original song. 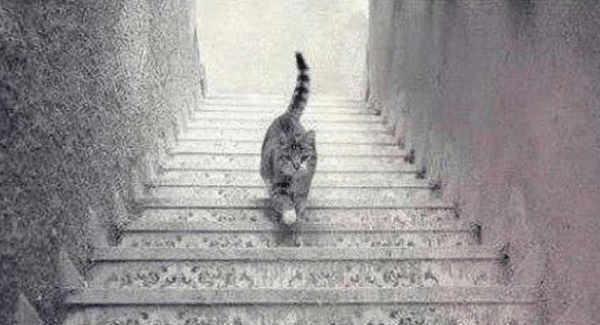 The Internet Can't Decide if This Cat Is Going Up or Down the Stairs
Next Up: Editor's Pick