Ideas
By Rachel Moo
Rachel Moo is a second grade teacher. Her former student, Martin Richard, was killed in the Boston Marathon bombing.

A few years ago, when I started teaching second grade, I realized the somewhat lackluster effect that saying “I’m sorry” had when two students were in conflict. I started to implement “action of apology” in my classroom. We generated a list of possible offenses that would cause physical or emotional hurt to a friend, and next to each offense, we wrote down an action – something that the offender would have to do as part of the apology. It helped students reflect on how their actions can affect others, and how saying sorry and showing that you are sorry are two different things.

In 2013, a few months after the Boston Marathon bombings, I received an email from a former student. One of his best friends had just died in that awful event, and he was seeking answers. At the end of the email he wrote, “Miss Moo, what is his action of apology going to be?” My heart broke as I read that question, realizing that this student of mine was going to come face to face with the reality of how our country deals with criminal offenders – and this was one of the worst kinds. That was only the beginning of the questions, most of which I found challenging to answer.

Last Wednesday, I found myself not surprised by the verdict of the trial, but instead thinking about what would happen with sentencing. I received another email from a former student the same day as the verdict, and she wrote, “Miss Moo, I remember when we studied the quote by Martin Luther King Jr. when he said ‘The arc of the moral universe is long, but it bends toward justice.’ I believe what he said, but what does justice look like now that the bomber is guilty?” Yet another honest, but challenging question from a young, inquiring mind. It gets confusing to think about because everyone has a different idea of what justice looks like in this case.

Gandhi said, “There is a higher court than the courts of justice and that is the court of conscience. It supercedes all other courts.” I recognize that most people do not agree with this idea, but I think that if an offender is given the time to reflect on how one’s actions affect others, and given the chance to reconcile the damage done, it could lead to a more powerful response than some of the existing methods of justice. I firmly believe that one should be held accountable for one’s actions, but is a strictly punitive response really going to make things better?

Here is what I do know: I believe in peace and nonviolence in a world that is overwhelmingly defined by division and violence. For me, true justice won’t exist until there is peace, and I think we are quite a way from being there. Theologian Martin Luther said “Peace is more important than all justice; and peace was not made for the sake of justice, but justice for the sake of peace.” In the case of the marathon bomber, I can’t answer the question of what should happen to him. But I do know an 8-year-old boy who if asked this question would say, “No more hurting people. Peace.” 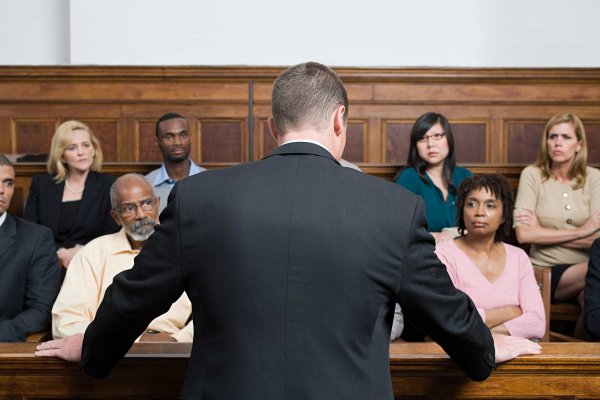 Timothy McVeigh Lawyer: How Tsarnaev's Defense Can Save His Life
Next Up: Editor's Pick