What’s the one thing missing from the Guitar Hero games, aside from their somehow magically transmogrifying you into a bona fide, string-sawing, fret-shredding, tremolo-slapping Rock God?

How about live stadium-sized audiences? Okay, so let’s assume there’s no way you’re luring thousands of people to watch you hammer tiny plastic buttons in tandem with onscreen cues while mugging for your webcam. But what if you could conjure an audience of real (as in not computer-rendered) concertgoers who looked and acted live instead?

This is Guitar Hero Live‘s big idea, and I’m not sure how it works, or even if it works. But the idea is definitely going to turn heads, if only because it seems so completely at odds with what you’d expect from this sort of experience in 2015.

FreeStyleGames demoed Guitar Hero Live for me last week in New York. Here’s what they’re saying about the game, due this fall for $99 with controller.

Guitar Hero Live marks Activision’s first mainline Guitar Hero since 2010’s Guitar Hero: Warriors of Rock, and it’s as clean a break as you’re liable to see in the category. For one, its existence depends counterintuitively on full motion video, weirdly shelving it alongside games like The Seventh Guest, Gabriel Knight: The Beast Within, Mad Dog McCree and Wing Commander III.

The timing of the game’s announcement couldn’t be weirder, either. Activision claims it had no idea category rival (and original Guitar Hero creator) Harmonix was going to announce a new Rock Band game last month. I guess enterprising minds think—and subconsciously schedule—alike.

In Guitar Hero, you tap buttons on a faux-guitar controller in step with onscreen cues that signify rhythmic divisions of the beat. Get a solid sequence going and the audience will cheer you on, or flub your part and they’ll break into choruses of boos.

But in Guitar Hero Live, instead of watching a camera pan around cartoonish avatars and concertgoers rocking out, the game sticks the camera on your shoulders, then shoves you onstage alongside filmed live action drummers, singers, bassists, keyboardists and the like, gazing out over a sea of expectant, all-too-easily disappointed fans. It’s first-person Guitar Hero, in other words, only without the option to move around on your own—a wise choice, since having to ambulate while interpolating rapid-fire rhythmic cues sounds nightmarish.

“You never see yourself in Guitar Hero Live, you never really hear yourself talk, because the whole idea is for you to imagine that you’re there,” says FreeStyleGames studio head Jamie Jackson. “It’s about getting you to believe that you’re on that stage, and to be completely swept along by the whole thing. That’s our vision for the game.”

The original Guitar Hero games had players tapping up to five uniquely colored buttons along the top of a faux-guitar fretboard. The more difficult the song, the more the fourth and fifth buttons were used. Guitar Hero Live increases the button total to six, but eschews primary colors for just two—black and white—then stacks them at the top of the guitar neck as two rows of three, giving one a unique crisscross texture to help you sense (without looking) which row each finger’s in.

“What we’re trying to tell you, in design language, is ‘Do you hit the top row, or the bottom row?'” says Jackson.

The buttons (and onscreen cues) are now black and white

It sounds drab, and at first it does look bland, but FreeStyleGames says the decision to strip out the series’ trademark orange, blue, yellow, red and green buttons for black and white ones came about because it realized, belatedly, that those colors were throwing up informational roadblocks.

“In early development, we actually had the buttons using the original Guitar Hero colors,” says Jackson. But then one of the studio’s user interface designers came up with the idea to reduce the button colors from five to two, one for each button row. Jackson thought it was a terrible idea at first, but after giving the idea a try, he found he was able to play even more accurately.

“What we realized when we broke it down was, by having these as colors and trying to tell you whether to hit top row or bottom row, your brain was having to read color first, then top row or bottom row,” explains Jackson. “But it didn’t need to actually read color, because your fingers never actually move out of position. You always know which is left or right or the middle, that was a given piece of information. We just didn’t realize we knew that. So by taking out that process of your brain having to read the colors, everyone’s reactions got quicker. And that’s why we took the colors away.”

“Live” doesn’t mean actually live, but you’re not supposed to be able to tell the difference

That’s the promise, anyway, and it hinges, bizarrely, on fully filmed play-spaces.

So how did the studio keep the filmed reactions from looking artificial and the seams sufficiently seamless, since you can veer on or off course at any point in the midst of a song? The studio isn’t saying yet (expect more coming out of E3 in June), but claims their technology allows for the sort of reactive dynamism you’d expect from any of its prior titles.

“Your experience can change at any point,” explains Jackson. “There are no gates where the crowd’s reaction switches. You might get a song wrong in one place, one time, but the audience will have a totally different reaction if you get it wrong in a different place the next time. It’s entirely down to your performance.”

When I asked if this involved shooting epic volumes of video, the studio, which isn’t yet offering precise figures, was nonetheless emphatic that it involved “a lot.”

The studio wants to scare you

A little, anyway. FreeStyleGames says part of its design discovery process involved identifying the psychological rituals band members often go through before heading onstage. Imagine the sort of stage fright you might be grappling with, however accomplished or seasoned you are, if you’re playing a festival in front of a hundred thousand people. To that end, Guitar Hero Live supports multiple venue types, from intimate hundred-person clubs to sprawling stadiums.

Imagine how expensive that might have been. But no, while FreeStyleGames says it’s using the original masters for the game’s hit lists, all the bands you’ll play in were created ad hoc.

Call it “Cover Band Hero,” then.

Make no mistake: the musicians you’ll jam alongside in each song are playing the song you’re hearing, nor are they merely actors faking instrumentally out of sync performances. FreeStyleGames says that all of the musical performances line up visually with the master track, and even the audiences have been tailored to match the style of music you’re playing.

“Each song has been crafted to fit with a certain audience, and that audience will look like it’s there to experience that genre of music,” explains Jackson.

The new Rock Band game, whatever else it turns out to be, supports most of the old Rock Band songs. For better or worse, Guitar Hero Live, because of the nature of its shift to handcrafted filmic experiences per song, supports none.

So what’s on “Guitar Hero TV?”

Guitar Hero TV, or GHTV, is Activision’s shot at a self-hosted, 24-hour music video channel. At this point there’s still a lot we don’t know about it (save that it doesn’t involve Twitch), but the idea is to let players play along with official music videos, or compete with friends, whether local or online.

You won’t need a console to play

Paralleling the Skylanders franchise’s recent leap to mobile device, Activision says Guitar Hero Live will be playable on tablets and smartphones—all you need is the guitar controller—as well as PlayStations 3 or 4, Xbox 360 or One, and Nintendo’s Wii U.

Read next: Rock Band 4 Exists and It’ll Be on PS4 and Xbox One This Year 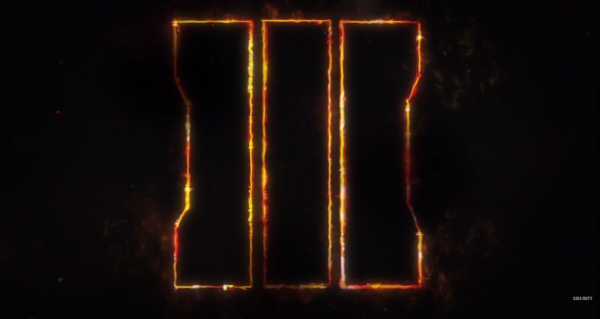 The Next Call of Duty Is Apparently Black Ops III
Next Up: Editor's Pick